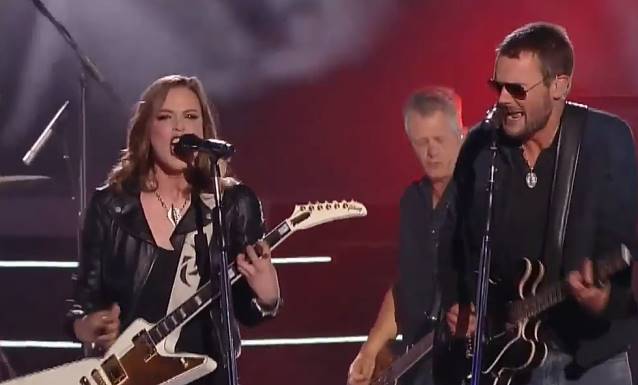 Last night, country music was introduced to HALESTORM's Lzzy Hale, who performed "That's Damn Rock & Roll" with Eric Church at the CMT Awards in Nashville, Tennessee. And it went pretty well, according to Billboard, who called it "one of the highlights of the evening." USA Today included the performance in the "five best highlights from the CMT Awards," noting "Church and the HALESTORM frontwoman turned this tune from Church's 'The Outsiders' album into a barnburner reminiscent of AC/DC and THE ROLLING STONES."