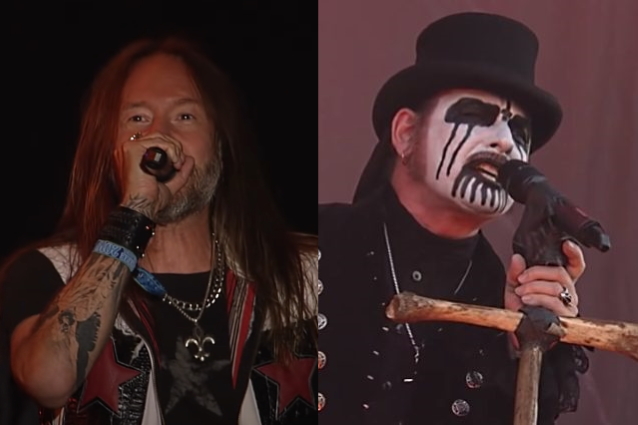 HAMMERFALL Joined By KING DIAMOND On New Single 'Venerate Me'

Swedish metallers HAMMERFALL have released a new single, "Venerate Me", featuring a special guest appearance by legendary Danish heavy metal singer King Diamond. The track is taken from the band's twelfth studio album, "Hammer Of Dawn", which is due on February 25 via Napalm Records.

HAMMERFALL guitarist Oscar Dronjak comments: "The second single is here, and I'm very, very proud of it. The music was written during the darkest, most uninspiring days of the pandemic and still came out as one of the strongest on the whole album. Joacim's [Cans] fantastic lyric idea makes this track really stand out, and the special guest appearance towards the end really pushes it over the edge."

Adds Cans: "The song is overloaded with enchanting melodies and a very catchy chorus. Lyrically one of my greatest efforts dealing with the fact that we die twice. First when we take our last breath and second when someone says your name for the last time. Say my name and I will never die."

Cans states about the new album: "It's hard to describe in words how extremely happy and proud I am about the outcome of 'Hammer Of Dawn'. It was a struggle, for sure, but in the end we pulled it off and delivered a solid, vital and positive new album. Everyone is on top of his game and together we have created yet another milestone in HAMMERFALL history. Can't wait to sing these songs live together with my sisters and brothers, The Templars of Steel!"

Dronjak adds: "We spent a long time creating the songs for this album, mainly due to the coronavirus but also because we began working on the material very early. That's definitely evident in the result, the attention to detail is very big. Another thing that is quite palpable is the energy level, and that can be contributed to the extreme and forced downtime we all had to endure during the pandemic. The atmosphere in the studio was relaxed and laid back and the lack of stress created the perfect working environment for turning up the heat when the red light came on. It was easy to peak when you had to since there was no outside distractions or immediate deadlines. This album is a product of the pandemic in some ways, but more importantly it's a strong statement that we are experiencing the high point in our creativity at the moment. I've said it before: HAMMERFALL has never sounded better than we do right now."

"Hammer Of Dawn" starts off with remarkable opener "Brotherhood", a hymn echoing the deep connection of bandleaders Cans and Dronjak with their loyal Templars of Steel worldwide. Other tracks on the album present one smasher after another, with songs like "Reveries", "No Son Of Odin" and "Venerate Me" making sure it will go down as another milestone in the career of the Swedes.

Later this year, HAMMERFALL will team up with HELLOWEEN for an extensive co-headlining tour through Europe. 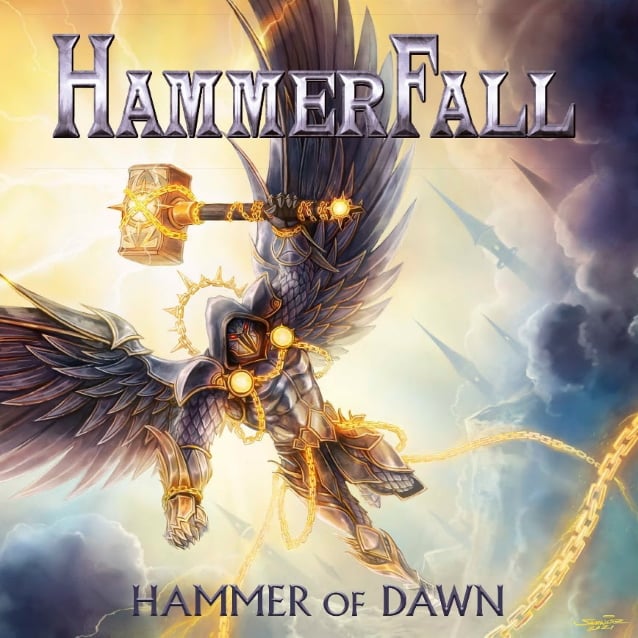 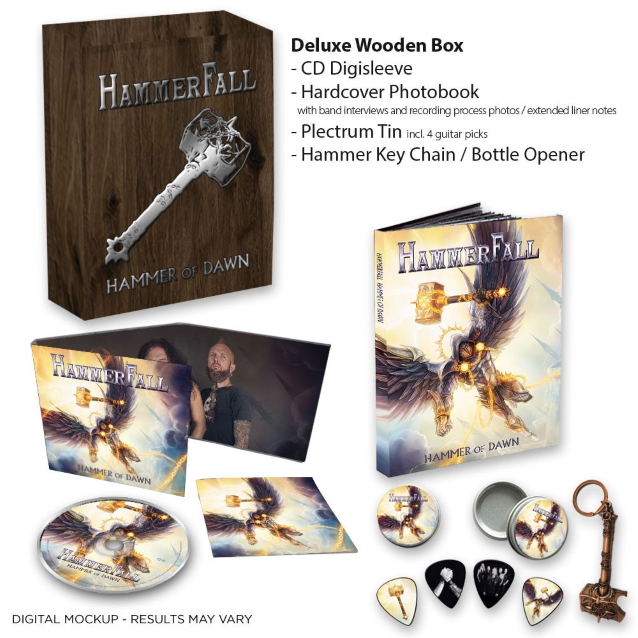