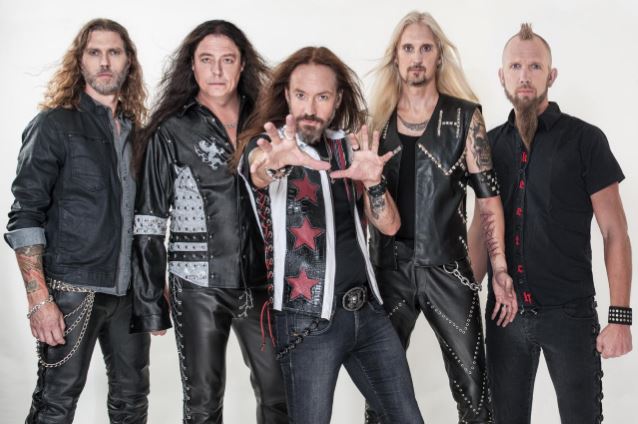 The official lyric video for the song "The Sacred Vow" from Swedish melodic metallers HAMMERFALL can be seen below. The track is taken from the band's tenth studio album, "Built To Last", which will be released on November 4 via Austria's Napalm Records.

Says the band: "Choosing a track for this was not easy, as we had several suitable songs. But 'The Sacred Vow' is a pretty classic HAMMERFALL tune and very representative of the album as a whole: speed, power, energy and with a catchy chorus that oozes of heavy metal spirit."

In a December 2015 interview with Spark TV, HAMMERFALL guitarist Oscar Dronjak spoke about whether it's "easier" for the band to write new music after 2014's "(r)Evolution" album. He said: "No, it's not easier. '(r)Evolution' was quite easy, because it's been a while, so we had a lot of inspiration that was dying to come out, Whereas now, I find it hard… For me, I always want to be removed from the live situation when I write songs, and it's very difficult when you know that in three weeks you're gonna go out on tour again."

He continued: "I don't think I would be able to do it if I was like I was when I was younger, but now I plan ahead much more. I have to. It's what Joacim [Cans, vocals] has always done, but I've never really cared about it because I didn't have to. But now I have a family and everything I have to take care of, so I think about things like that."

"(r)Evolution" sold around 1,900 copies in the United States in its first week of release.

HAMMERFALL will embark on a European tour in early 2017. The trek, dubbed "Built To Tour", will kick off on January 12 in Bremen, Germany.

"It's been a hectic time juggling the remaining shows of the tour with songwriting and, ultimately, recording, so the name of this venture feels very fitting," said Dronjak. "The 'World Wide (r)Evolution' was a resounding success on every level with half of the shows sold out, and we can't wait to get back on stage again to have a gigantic heavy metal party every night with all our Templar friends!" 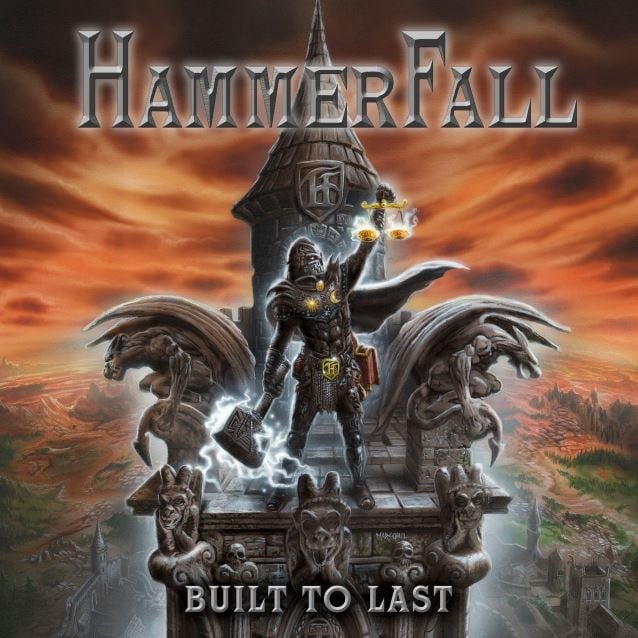