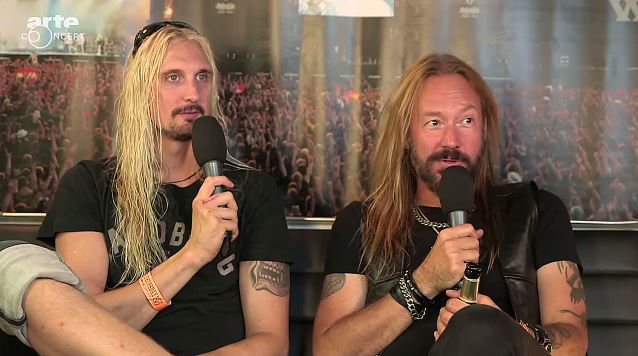 ARTE Concert conducted an interview with vocalist Joacim Cans and guitarist Oscar Dronjak of Swedish melodic metallers HAMMERFALL at this year's Wacken Open Air festival, which was held July 31 - August 2 in Wacken, Germany. You can now watch the chat below.

After taking a creative break last year, HAMMERFALL is fully recharged and back with a vengeance. The band's new album, "(r)Evolution", will be released on August 29 in Europe and September 2 in North America via Nuclear Blast.