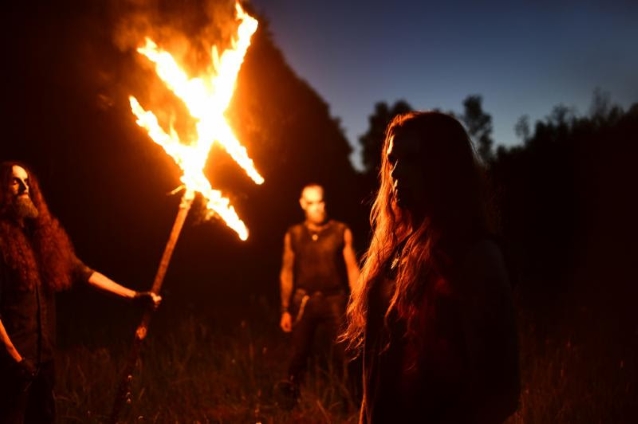 HATE To Release 'Auric Gates Of Veles' Album In June

The first single from the disc, "Sovereign Sanctity", can be heard below.

Since 1991, HATE has lived up to their name, responsible for some of the angriest and most ruthless death metal unleashed upon the world. With 2017's "Tremendum", they took a step toward a darker, more atmospheric, black metal-oriented style and began exploring Slavonic mysticism, and "Auric Gates Of Veles" boldly continues in that direction.

"We wanted to go deeper into the subject, both musically and lyrically," asserts vocalist/guitarist Adam "ATF Sinner" Buszko. "We also wanted to record a sharper and better-defined rhythm section, a more death metal-oriented one. When it comes to guitar sound, it was meant to be a wall of sonic destruction with dark ambient elements in the background."

With the ominous rumble that heralds the commencement of opener "Seventh Manvantara" giving way to a squall of guitars and blastbeats, it is clear that HATE is playing at the top of its game. Progressing through the rampant thrashing and wide-open spaces of "The Volga's Veins", the haunting, crushing grooves of the title track, the equally sinister and tragic sounds of "Salve Ignis" and concluding with the raw black metal of closer "Generation Sulphur", it is a diverse record, not content to rehash the same idea eight times. The centerpiece of the album is arguably the six-and-a-half-minute epic thunder of "Sovereign Sanctity", which demands the full attention of the listener from start to finish.

"We wanted the songs to sound like anthems, and 'Sovereign Sanctity' is a perfect example of such a song. I think it's also one of the best we have written in years," Sinner states.

Before the release of "Auric Gates Of Veles", HATE will tour across North America with BELPHEGOR, DARK FUNERAL and INCANTATION as part of the annual "Devastation On The Nation" trek, in addition to appearing at various European festivals. 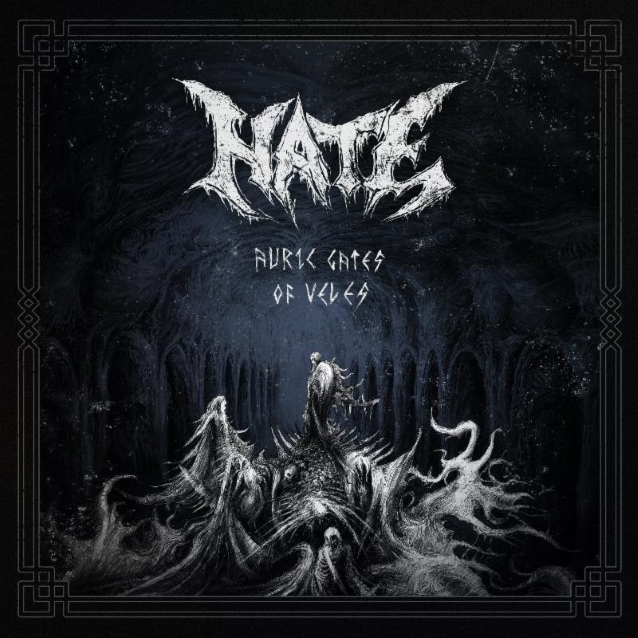