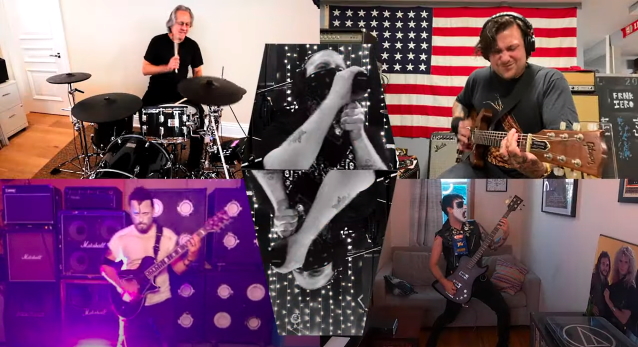 HATEBREED, THE DILLINGER ESCAPE PLAN And MY CHEMICAL ROMANCE Members Team Up With MAX WEINBERG For MISFITS Cover (Video)

"Two Minutes To Late Night", which bills itself as the world's only heavy metal-themed talk show, has uploaded a cover version of the MISFITS classic "Earth A.D." recorded in quarantine by members of HATEBREED, THE DILLINGER ESCAPE PLAN and MY CHEMICAL ROMANCE, along with Max Weinberg, drummer for Bruce Springsteen's E STREET BAND and father of SLIPKNOT's Jay Weinberg.

Says "Two Minutes To Late Night": "What an absolute dream.

"This is our 16th bedroom cover made with the support of Patreon. With so many musicians stuck at home with no outlets, we're going to keep producing these style videos and use the Patreon to give some money to everyone who has a part in them. Please support our friends by donating to our newly redone Patreon."