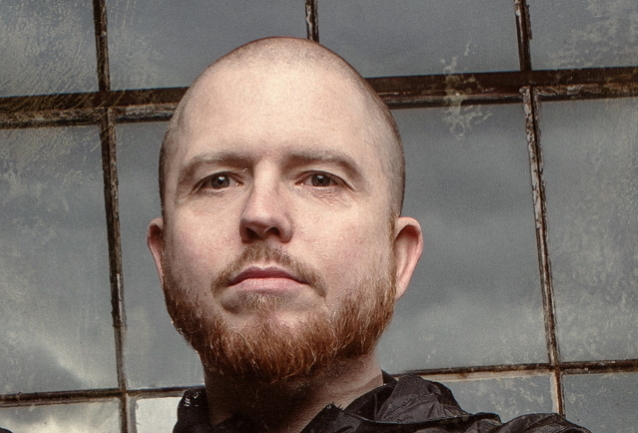 In a new interview with Full Metal Jackie's nationally syndicated radio show, HATEBREED frontman Jamey Jasta was asked how he plans to incorporate various aspects of his coronavirus pandemic routine once it's safe to go back on the road. He responded (as transcribed by BLABBERMOUTH.NET): "I'm not sure just yet, because I really feel like my life had to change so drastically to acclimate to not being in a different city every day and not waking up on a tour bus that just the thought of getting on a tour bus sort of fills me with all this doubt and all this uncertainty, which is very bizarre. It's like I'm almost gonna have to restart my life in a fresh new way and retrain my brain, because now I'm so ingrained in this — I don't wanna call it a sentient lifestyle, but it's almost like I've gotten used to this idea of being a stay-at-home podcaster or a stay-at-home producer [and] writer. I still wanna release records, I still wanna record records — I constantly find myself writing music — but playing and performing is just so far in the rear view now that I'm gonna have to mentally prepare. And we've done this a couple of times throughout this whole craziness [of the pandemic], but then it gets pushed back again. So you do all this mental preparing and it gets pushed back again and then you're kind of back to square one of this doubt and uncertainty that it's even gonna happen, and when it does happen, are you going to be able to acclimate."

He continued: "I'll rise to the challenge if and when the time comes. And if it doesn't, I think I'm pretty prepared to look further down the line. And if it means 2022, 2023, so be it. Or if it means 2024, 2025 and I just continue to kind of invest in my songwriting and my production skills and my podcast and my podcast network, which we just signed [KILLSWITCH ENGAGE singer] Jesse Leach. I'm fine with that too. We have great sponsors and great subscribers. And with Patreon.com/jasta up and running, that's been a really nice security blanket, knowing that people want original content and they want a monthly music show and they want the movie podcast and everything that comes with the Patreon subscription. But I'll see. When the time comes and we get out there back on the road, maybe I'll just try to bring that routine and that normalcy to the road, but it's gonna be hard."

In February 2020, HATEBREED released its first new single in four years, "When The Blade Drops". At the time, Jasta described the track as "just a taste of what's to come… The speed, intensity, and brutality that people have come to expect from us is on full display."