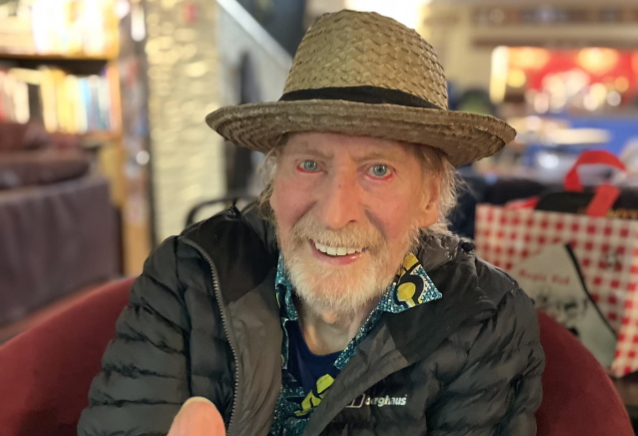 HAWKWIND's Nik Turner has died at age 82. Turner's passing was confirmed by a post on his Facebook page. The statement reads: "We are deeply saddened to announce the passing of Nik Turner - The Might Thunder Rider, who passed away peacefully at home on Thursday evening. He has moved onto the next phase of his Cosmic Journey, guided by the love of his family, friends and fans. Watch this space for his arrangements."

Turner, the inexhaustible saxophone and flute-playing co-founder of space rock legends HAWKWIND, was a major creative force during that group's most critically acclaimed and successful period, 1969-1976. His outlandish costumes, improvised sax and flute playing, and general wild man persona became iconic representations of the band, and he would go on to pen some of their most popular songs, including "Brainstorm" and "Master Of The Universe". After leaving HAWKWIND, Turner used his newfound freedom to travel to Egypt, where he soaked up the history and culture, and also made a recording of his flute music in the King's Chamber of the Great Pyramid of Cheops. In 1985, Turner relocated to the western side of Wales, where he set up a new age community in a fairly rural, isolated area. He had continued to release new music including 2013's "Space Gypsy" and 2015's "Space Fusion Odyssey".

Turner was simply one of the most creative minds of his generation. His tenure with HAWKWIND was just the beginning of his journey to the outer reaches of the rock music universe as Turner would go on to release an astoundingly adventurous and diverse catalog of solo albums as well. His collaborations with everyone from UK SUBS guitarist Nicky Garratt to THE DOORS guitarist Robby Krieger to Todd Rundgren along with Steve Hillage of GONG, AMON DÜÜL II founder John Weinzierl, DIE KRUPPS leader Jürgen Engler and so many more expanded his creative energy and brought new generations of music fans into his audience. Just this year saw the reissue of Turner's incredible concert extravaganza, "Space Ritual 1994", as both a CD/DVD set as well as a three-LP set, which features guests Helios Creed of CHROME and PSYCHIC TV's Genesis P-Orridge as well as HAWKWIND alumni Del Dettmar and Alan Powell.

In a 2016 interview with Psychedelic Baby magazine, Turner stated about what it has been like for him to see his old friends like Lemmy, Kevin Ayers, Daevid Allen, Mick Farren and Keith Emerson passing on: "Well, it's all very sad, but we all have to go some time, so I just try to make my life as full as possible, spread lots of love, heal people as much as possible, and give what I can."

We are deeply saddened to announce the passing of Nik Turner - The Might Thunder Rider, who passed away peacefully at...