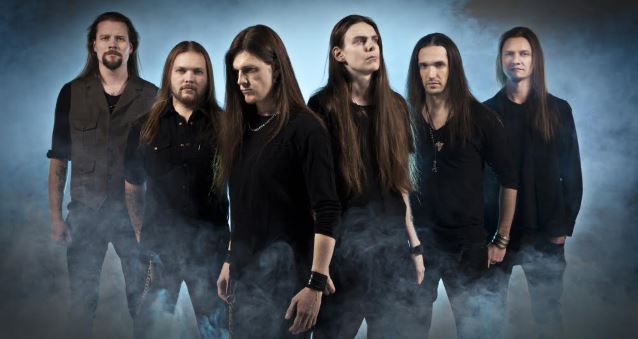 Finnish metal sextet AMORAL will release its seventh studio album in early 2016. "In Sequence", the follow-up to the critically acclaimed "Fallen Leaves & Dead Sparrows", will be made available in Japan on January 29 via Ward Records, and in the rest of the world on February 5 through Imperial Cassette (Gordeon Music, GSA).

The first single from "In Sequence", a song called "Rude Awakening", can be streamed below.

Said AMORAL guitarist and founder Ben Varon: "We went into making the seventh album with an Yngwie Malmsteen state of mind: more is more! Once we got our original singer Niko Kalliojärvi back in the band — expanding the group into a six-headed monster, with two vocalists and three guitar players — it was time to start the writing process, which was one of the most inspiring ones for me so far. More guitar parts, more keyboards, more back and forth between clean and growling vocals."