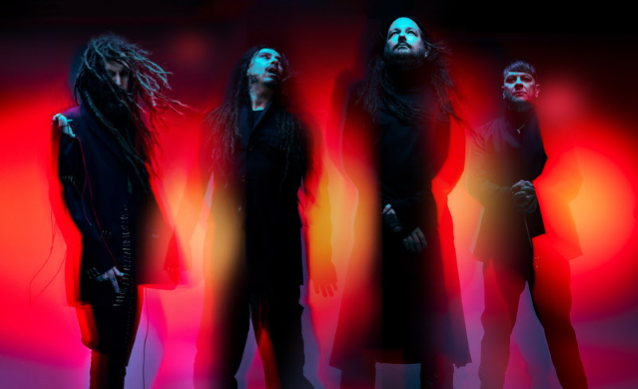 KORN's new single, "Forgotten", can be streamed below via a visualizer created by EFFIXX. The track is taken from the band's upcoming album, album, "Requiem", which will arrive on February 4 via Loma Vista Recordings.

Due to the effects of COVID-19 and the inability to play live shows for the first time in KORN's illustrious career, "Requiem" was conceived out of very different circumstances than the majority of the band's catalogue. It is an album born of time and the ability to create without pressure. Energized by a new creative process free of time constraints, KORN was able to do things with "Requiem" that the past two decades haven't always afforded them, such as taking additional time to experiment together or diligently recording to analog tape — processes which unearthed newfound sonic dimension and texture in their music.

KORN guitarist James "Munky" Shaffer recently told "Loudwire Nights" about "Requiem": "Something about it makes me feel like it's — remember the album 'Untouchables'? It has a vibe to it that's like early 2000s to me. I don't know why. Maybe it's just because we took more time on guitars. We got a lot of textures, and there's some layering and techniques recording-wise that we've done [such as] recording to tape. We did all the drums and did a lot of analog recording, and just got out of working in a computer."

Munky added that some KORN fans might be surprised by the release. "I feel like it's gonna take fans a minute to kind of digest," he said. "And also, you have to put yourself where we were in the middle of COVID. The whole world shut down. At one point, L.A. had these big fires and there was this orange sky, the virus was out there — it just felt so dystopian."

"Requiem" is available for pre-order in an array of collectible formats. These include an exclusive silver vinyl variant strictly limited to 1,000 copies.

KORN will play four shows with SYSTEM OF A DOWN beginning on January 31 in Phoenix, Arizona and concluding on February 5 in Los Angeles. A 19-date arena headlining tour with CHEVELLE and CODE ORANGE will follow in March. 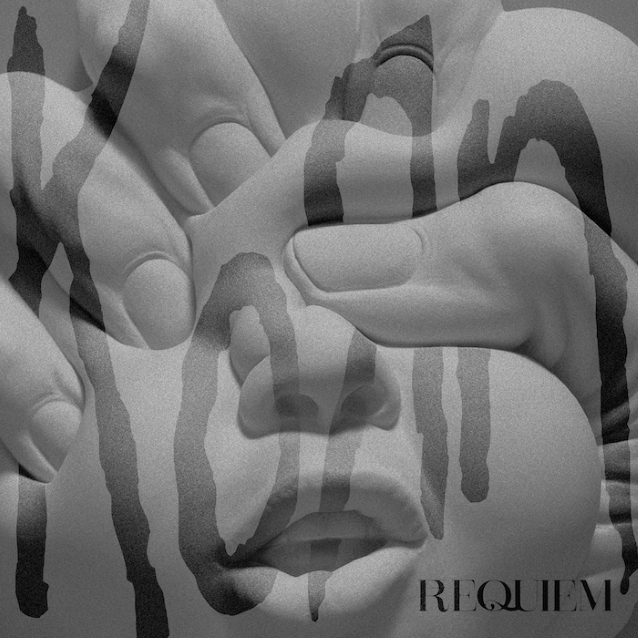