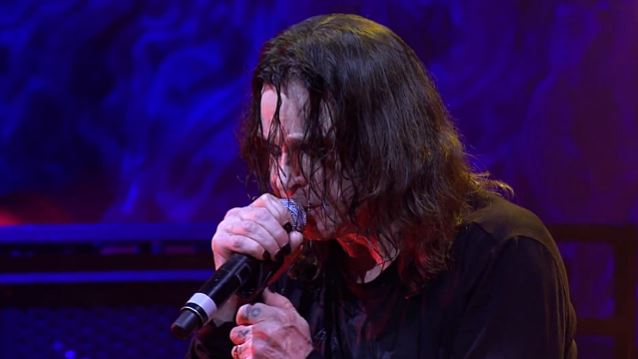 The song "Gods" from English musician, singer and guitarist Billy Morrison — featuring a guest appearance by legendary BLACK SABBATH frontman Ozzy Osbourne — can be streamed below. The track is taken from Morrison's second solo album, "God Shaped Hole", which was released today (Friday, October 23) via his own King Mob Music label.

"Initially the plan was simply to record an EP of covers, but as with everything, the plan grew," Morrison explains. "I had a song I had written with Steve Stevens that I wanted to sing on, so that got thrown into the pot. Erik [Eldenius] threw some ideas at me, and we started to record originals as well. My two best guitar mates from the two bands I'm in, Dave Navarro (ROYAL MACHINES and previously with CAMP FREDDY) and Steve Stevens, also both appear on the record, quite simply because they are awesome friends and did it without question, they showed up, did their thing, and supported me. And then I got a text from Ozzy, wondering where I had disappeared to... I told him I had decided to record a solo album, and the next text back from him was, 'Well, I wanna sing a song on your record!'"

Morrison explains the inspiration behind "God Shaped Hole" which features 10 tracks — five originals and five cover songs (track listing below). "The five original songs were written with the spirit of independence that was so important at one time in music, and the complete autonomy and freedom that comes with a project like this," he says. "The covers are not huge hits, and most are by bands that never received the recognition they deserved. This record comes from a place inside me — thanking and paying respect to bands and songs that truly made me want to play, to perform and to do it my way."

Beyond his commitment to music, Morrison is an accomplished artist who has been featured at the Branded Arts exhibition at Mann's Chinese Theater, in the 2015 LA Art Show and at The Village Studios. His new exhibition DIS-EASE — a gallery of the rocker's original collection of fine art — will debut Wednesday, September 2 at Mouche Gallery in Beverly Hills, California. A large-scale piece of the "God Shaped Hole" will be on display at the show.

"The 'God Shaped Hole' artwork is all original acrylic on canvas pieces, painted by me in the same independent spirit as the music was recorded," says Morrison. "I have found painting to be extremely valuable in my life — a creative outlet that no one else is involved with — no managers, agents, band mates or unwarranted opinions! I have collected art for years and loved pop art since I first heard the VELVET UNDERGROUND sing about drugs and transvestites when I was 12 years old. From there I learned about Andy Warhol, fell in love with graffiti, followed the early career of Banksy, became close friends with Shepard Fairey and eventually picked up a paintbrush last year. My paintings are just images I love, and the fact that other people like them, buy them, appreciate them, that is all 100% bonus for me. The process when I get it right is as satisfying as writing a great song. Marrying the music and art together in this package seemed the obvious thing for me to do."

"God Shaped Hole" will be available via iTunes and Amazon for $9.99, with individual tracks available for 99 cents, with the exception of "Gods", which is only available as an album track. A Friday, October 16 pre-order ($8.99) of the album will include two Instant Gratification tracks, "Baby Hurricane" and "Alone In A Crowd", when the album is pre-ordered. In addition, a limited number of "Art Packs" will be available Friday, October 9 for pre-order here. This exclusive hard copy physical CD (numbered and signed) includes a fine art 18" x 24" lithograph print of the album cover (numbered and signed),handwritten lyric sheets, glossy (signed) photograph and set of four Billy Morrison guitar picks.) "Art Packs" are available at $175 + shipping and will be shipped on within two weeks of purchase. 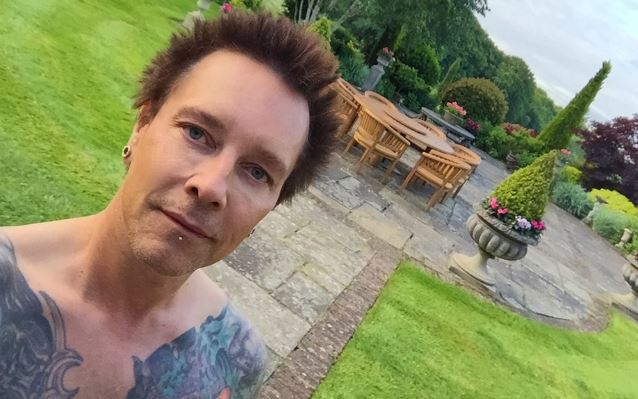 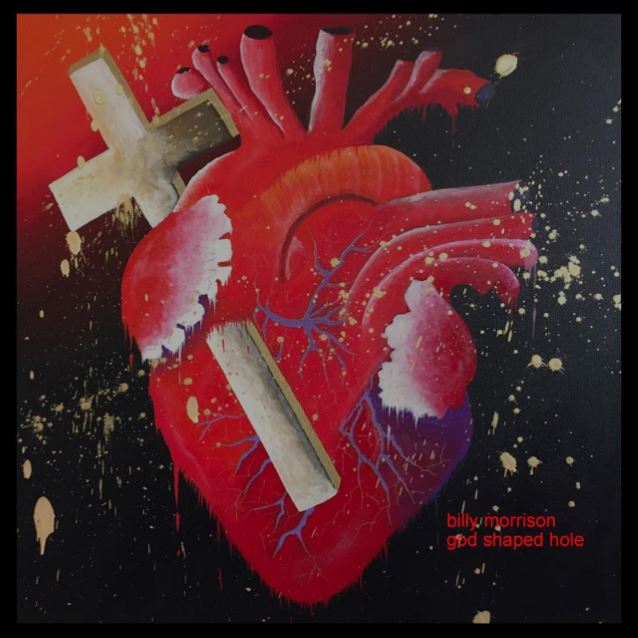