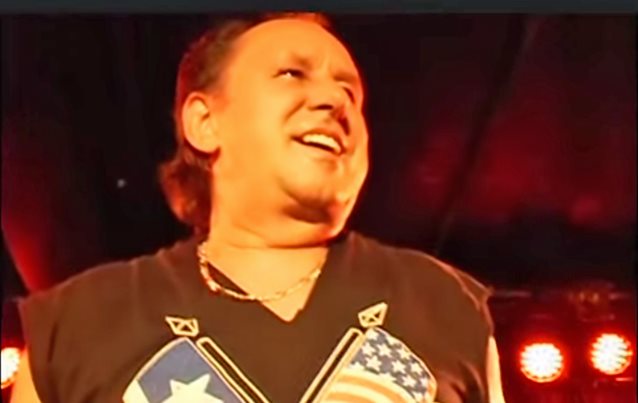 Allan Fryer, the frontman for the Australian band HEAVEN, passed away after a long battle with cancer.

Formed in 1980 in Sydney, Australia, HEAVEN recorded three albums — "Twilight Of Mischief" (1982),"Where Angels Fear To Tread" (1983) and "Knockin' On Heaven's Door" (1985) — and toured throughout the United States during the 1980s. The group's original style was similar to that of AC/DC but in later years went in a more commercial heavy metal direction along the lines of JUDAS PRIEST.

Fryer famously auditioned for AC/DC following the death of Bon Scott but narrowly lost out to Brian Johnson.

After 30 years, HEAVEN's rhythm section of Joe Turtur, Laurie Marlow and John Haese reunited with Allan Fryer for an Australian tour in June 2012. Although guitarist Mitch Perry was originally announced as the guitarist for the trek, he was unable to take part in the tour due to his commitment to Lita Ford's band. Former DIO guitarist Rowan Robertson took his place.