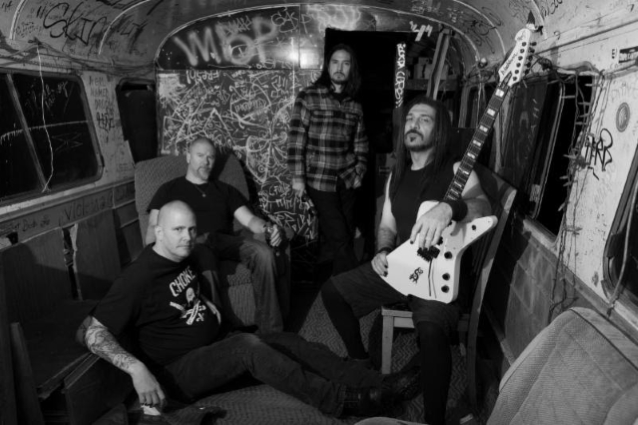 The official music video for the song "King Of Fools" from HEAVY AS TEXAS, the aggressive metal project featuring acclaimed guitarist Marzi Montazeri and vocalist Kyle Thomas — otherwise recognized as members of Louisiana-based metal pioneers EXHORDER — can be seen below. The track is taken from HEAVY AS TEXAS's self-titled album, which was released on April 19 via Crunchy Western Records.

Montazeri says about the track: "In 'King Of Fools', we find the reigning despot accompanied by mirth and sensuality even though his march finds him in the complete wreckage of his metaphorical kingdom. His once powerful domain is now a crumbling shadow, his rule now over no one but his diminished acolytes. Truly, he is a King of Fools as he fades away from us to face the inevitable nothingness of his being."

Adds Thomas: "Although I always feel lyrical meaning is subjective, we all fear being taken advantage of and made to look like a fool. This song captures the insecurity of what it's like to be greatly valued or admired in public, but thieves and detractors have their way behind the scenes. Sometimes only his queen can make the king feel safe."

The HEAVY AS TEXAS album was produced by Montazeri, with mix and mastering duties by Collier.

Montazeri says: "I started this project simply because I wanted to perform new music but wasn't able to sing and play complex rhythms at the same time. So I thought, I'll stick to my strengths — the guitar and writing songs! I brought in a vocalist that would fit it perfectly — the one and only Kyle Thomas! As soon as Kyle joined, everything musically fell into place."

Heavy metal fans may also recognize Montazeri for his contributions to various projects featuring Philip Anselmo throughout the years, as well as his performances with the annual "Randy Rhoads Remembered" events at NAMM. Vocalist Kyle Thomas is also recognized for his time with TROUBLE and ALABAMA THUNDERPUSSY. 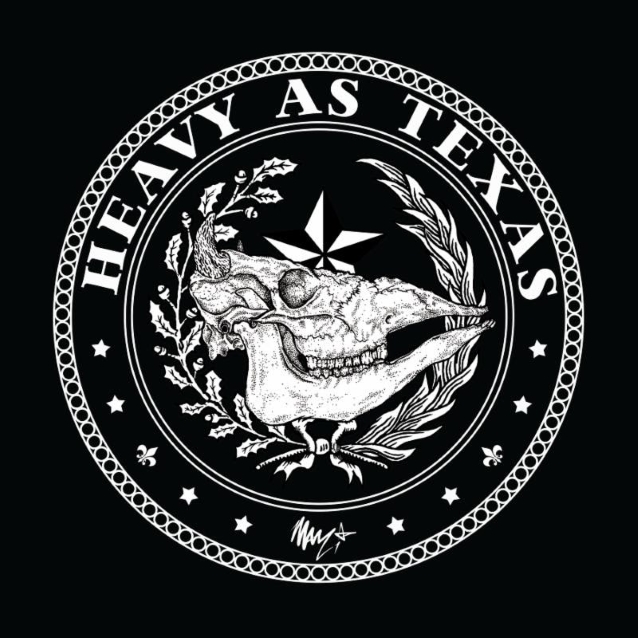