"Rock Fossils On Tour", the exhibition about ancient fossils that are named in honor of rock stars, continues its tour around the natural history museums of the world when it opens at NaturBornholm on the Danish island of Bornholm on April 15.

This travelling exhibition was the brainchild of metal-loving palaeontologist Jesper Milàn from Geomuseum Faxe in Denmark, modelmaker Esben Horn from 10Tons Aps, Rune Fjord Studio, professor Mats Eriksson from Lund University and Achim Reisdorf from University of Basel. The exhibition opened for the first time in 2013 at Geomuseum Faxe (Denmark) where King Diamond turned up and revealed the model of the 400-million-year-old worm named in his honor, Kingnites Diamondi. After Faxe, the exhibition travelled to the Natural History Museum in Oslo (Norway),the Natural History Museum in Bern (Switzerland),Fossilienmuseum Dotternhausen (Germany),and now fossil and metal fans of Bornholm get a chance to see it.

The exhibition features lifelike reconstructions of ancient animals named in honor of such celebrities as Lemmy, King Diamond, Sid Vicious and many more as well as portrays of the fossils, the rockstars and the funny anecdotes from the scientists that named the animals.

NaturBornholm is a geological visitor center that, via an impressive exhibition, tells the 1.7 billion years of geological history present on the island. Director of NaturBornholm Peter Haase says: "With more than 60,000 annual visitors to NaturBornholm, from all over the world, we hope to be able to expose the exhibition to a wide international audience."

After spending the summer on NaturBornholm, the exhibition will move on to the Natural History Museum in Chemnitz, Germany, where it will open in November.

Jesper Milàn from Geomuseum Faxe says: "It's great to see the continuing interest in the exhibition from museums around the world. That such a dull field as Zoological Nomenclature (the science of naming organisms) can be the focus of an international success is just great. On a scale from 1 to 10, this one goes to 11." 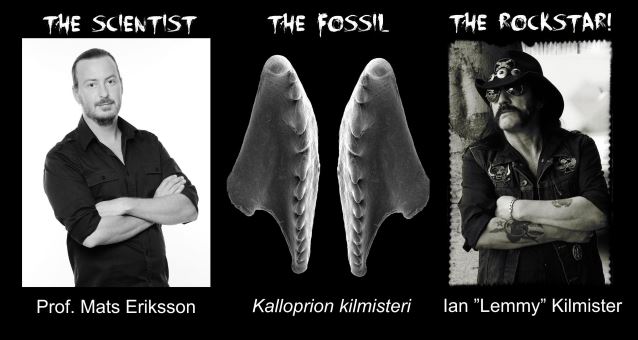 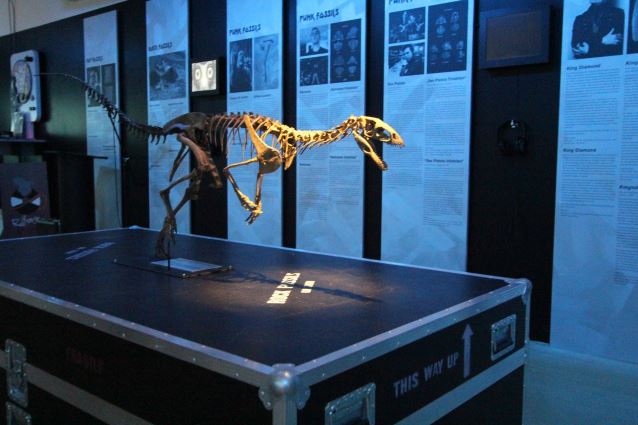