(HED) P.E. To Team Up With CRAZY TOWN, ADEMA And FLAW For 'Nu Metal Madness' U.S. Tour In July

(HED) P.E., CRAZY TOWN, ADEMA and FLAW will join forces for the "Nu Metal Madness" U.S. tour, set to take place in July. The 20-date trek will kick off on July 6 in Denver, Colorado and end on July 30 in Reedley, California.

(HED) P.E. are the pioneers of the G-Punk sound, which fuses together punk-rock, metal, hip-hop and reggae. The band has toured the world for 20 years sharing the stage with the likes of SUICIDAL TENDENCIES, SYSTEM OF A DOWN, KORN, Tech N9ne, TOOL as well as the original BLACK SABBATH on the iconic Ozzfest tour. (HED) P.E. experienced a creative resurgence after signing with Suburban Noize Records in the early 2000s and was instrumental in developing the booming underground scene.

Spearheaded by a team of Seth "Shifty Shellshock" Binzer and Bret "Epic" Mazur, CRAZY TOWN combined hip-hop's lyrical attitude with the grooves of an alt-rock record. The combination yielded the group a number one hit in 2001, when "Butterfly" topped the Billboard 100 and helped push the band's debut effort, "The Gift Of Game", to platinum status and main stage slot at Ozzfest. The group's sophomore effort, "Dark Horse", was released in 2002 and produced the rock hit "Drowning". In recent years, CRAZY TOWN frontman Shifty Shellshock garnered widespread attention for his appearances on VH1's "Celebrity Rehab" and "Sober House" reality shows.

A post shared by A D E M A (@ademamusic) 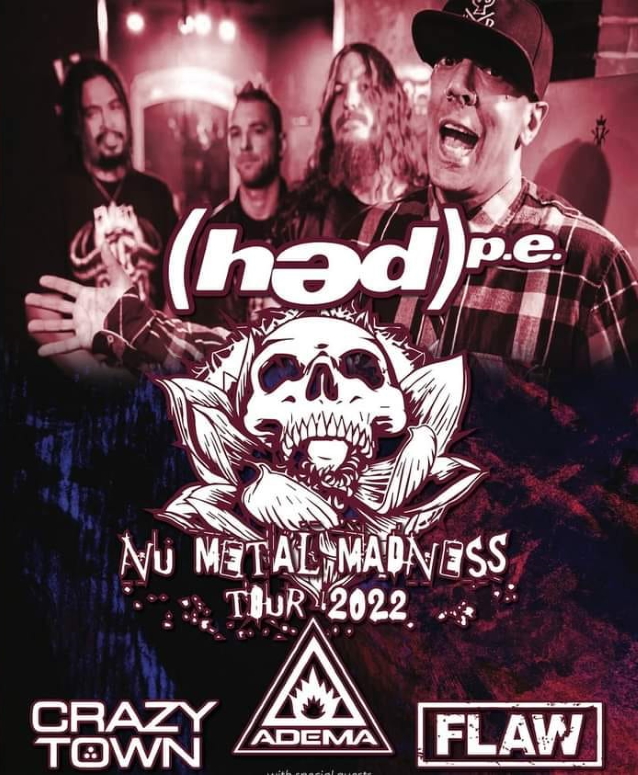