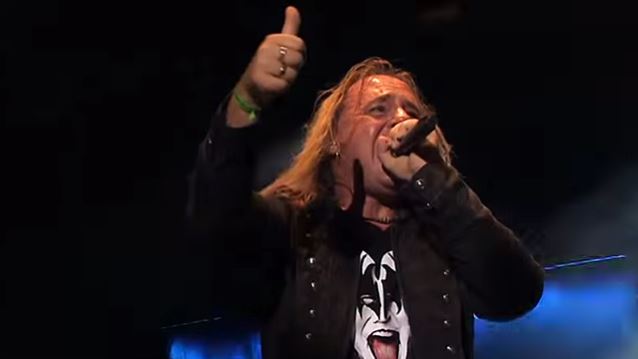 Pre-sale tickets are available now at EnterTheVault.com. Tickets go on sale at all other outlets on August 22.

HELLOWEEN's 15th studio album, "My God-Given Right", was released on May 29 via Nuclear Blast. The CD was recorded between October 2014 and February 2015 at the band's MiSueno Studio on the isle of Tenerife with producer Charlie Bauerfeind (GOTTHARD, HAMMERFALL).

The "My God-Given Right" artwork was once again created by graphic guru Martin Häusler (BON JOVI, QUEEN, GOTTHARD) and is also available as a 3D lenticular print.