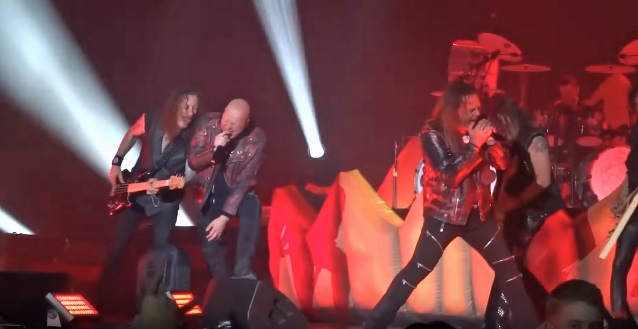 Grosskopf told Brazil's Heavy Talk about how the "Pumpkins United" reunion came about: "That's actually a couple of years ago, when the two guys who are doing the pumpkins [animation] tonight on the screen [David López Gómez and Carlos Vicente León of EasyRabbit CreArtions], they are two great friends of ours, they started the book, the 'Hellbook'. Also within the 'Hellbook', we were thinking of the great old times with the pictures and the stuff in there, bringing in some emotions [coupled with] Kai and Michael Kiske playing in a band together at the time, UNISONIC. So we gave it some time and the time was right. We just thought, 'Let's give it a go.' It turned out to be a great, great idea. Shows, we're still working on bits and pieces to find together, but it's getting better and better every day. I like it a lot."

Regarding the most difficult aspect of putting together the reunion, Markus said: "It was getting together the rehearsals. As HELLOWEEN without them, we had a certain routine going on, but then having two guys working totally different, we had to destroy those workflows and create a new workflow with two new members in. Therefore, we took a lot of time to rehearse and get together, not only playing, but the way we work together and all that. We did this song in between the rehearsals, that 'Pumpkins United' song to see what it's like, to see how it feels. It wasn't that easy, because it was in between writing the song and rehearsing for the big tour, but, it's the only way you can find out how things are working out. So far it's worked well. It wasn't always easy, to finding a base to work on was the hardest thing so far, but we're still working on it. But it's getting better; we've found a way. The two singers are together, they're matching perfect. It's nice. I like it a lot."

On the topic of choosing which songs to play live, Markus said: "That was pretty tough to choose what songs we're going to play. We got to keep in mind, being together longer for only for this tour and if we do more tours, then we can always change the set with a couple of new tracks or a couple of old tracks or a couple of very different tracks and very old tracks. We had two weeks of rehearsing, so we had five blocks of rehearsals and in between, we had some time off to think about things. It was pretty well arranged. If you go for more than two or three or four weeks rehearsing, then your mind gets so fed up with it, so we had two weeks' break in between, which makes your head free again." 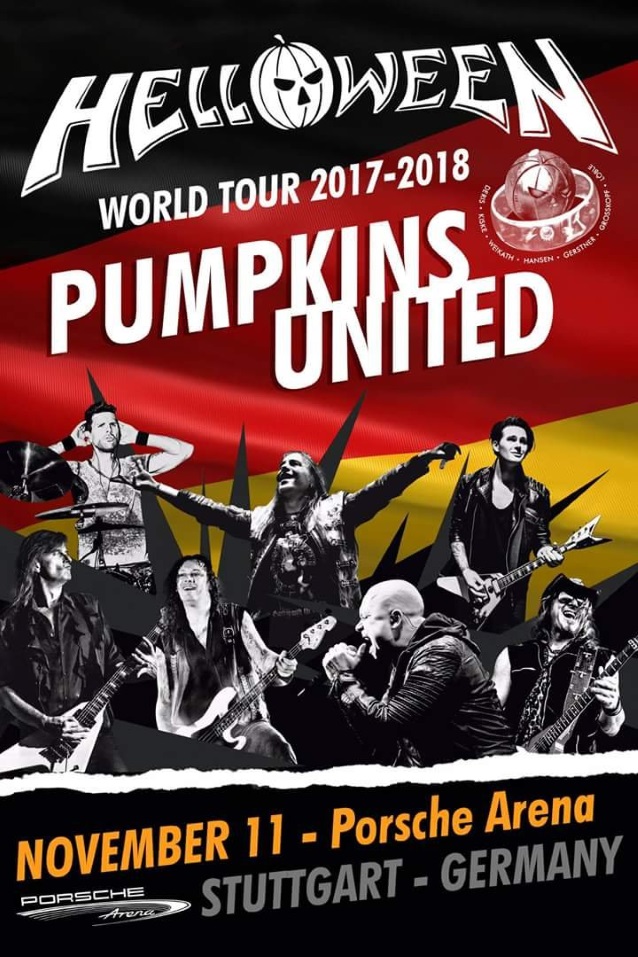