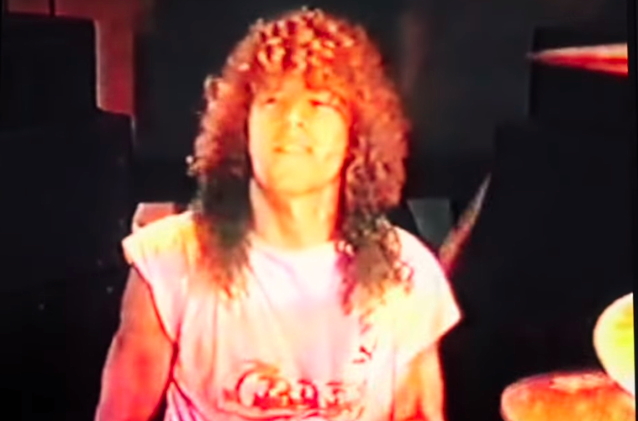 German metallers HELLOWEEN have paid tribute to their founding drummer Ingo Schwichtenberg on the 25th anniversary of his death.

Earlier today (Sunday, March 8),HELLOWEEN uploaded a four-minute video of a Schwichtenberg drum solo, along with the following message: "On this day 25 years ago our friend Ingo Schwichtenberg passed away. We will never forget him."

Schwichtenberg was fired from HELLOWEEN in 1993 during the tour in support of the band's "Chameleon" album. After his dismissal from the group, Schwichtenberg slid further and further into his schizophrenic episodes, culminating in his suicide in 1995 by jumping in front of a train. Schwichtenberg's replacement in HELLOWEEN was Uli Kusch, who stayed in the band until 2001. Two more drummers followed, Mark Cross (2001–2003) and Stefan Schwarzmann (2003–2005),before the arrival of Daniel Löble in 2005.

HELLOWEEN has spent the past couple of years touring with the "Pumpkins United" lineup which features Kiske and Hansen alongside current singer Andi Deris, guitarists Michael Weikath and Sascha Gerstner, bassist Markus Grosskopf and Löble.