HELLYEAH has been added as a co-headliner of Michigan's Dirt Fest 2015, alongside DOWN. This marks the first time former PANTERA bandmates Philip Anselmo and Vinnie Paul Abbott have been billed together as headliners (albeit on different days) since the band's split in 2003.

HELLYEAH, featuring Vinnie Paul, Chad Gray (MUDVAYNE), Tom Maxwell (NOTHINGFACE), Kyle Sanders (BLOODSIMPLE), and Christian Brady are touring this summer in support of their critically acclaimed new album "Blood For Blood", while DOWN has chosen to play a select handful of 2015 dates, with Dirt Fest being their only Michigan stop. 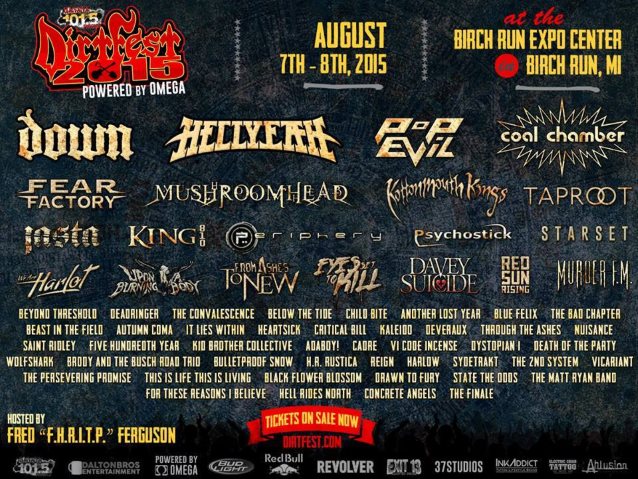