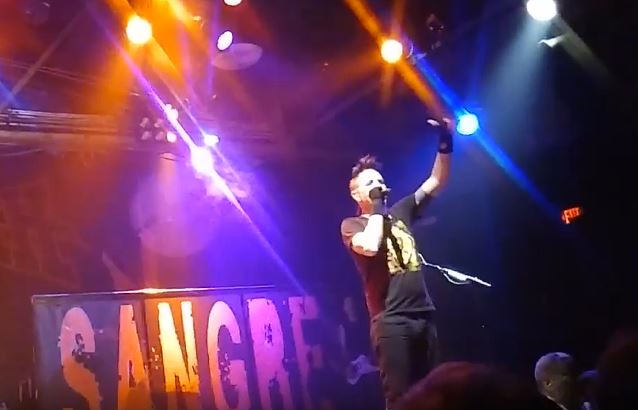 A Houston, Texas venue hosting a HELLYEAH concert had to be evacuated late Friday night (January 15) due to an ammonia leak at a food processing plant nearby.

Fan-filmed video footage of the evacuation can be seen below.

According to KHOU.com, a number of people contacted the the Houston fire and police departments starting at around 10:30 p.m. to complain about a strong chemical smell at Dallas and Ennis streets near BBVA Compass Stadium.

The Houston Fire Department spent around 30 minutes attempted to track down the source of the smell after evacuating Warehouse Live about three quarters into HELLYEAH's performance.

A security guard at the Freedman Food Services warehouse waved the firefighters down, at which point it was discovered that one of the pipes for the cooling system there had cracked and leaked ammonium. They said the smell carried for about 10 blocks.

No injuries were reported as a result of the leak.

HELLYEAH drummer Vinnie Paul Abbott said: "Well, we just wanna say thank you, Houston, and sorry there was an emergency and the buiding had to be cleared!!! We don't know if it was ISIS, a natural gas leak , a chemical leak or what, but three quarters through our show, we were ushered off the stage by venue experts. We're pissed, but we had no choice but to comply for the safety of our fans. We love you, Houston, and we wanna come back and make it up to you soon."

HELLYEAH recently entered The Hideout Recording Studio in Las Vegas, Nevada to record its fifth album for an early 2016 release. The new CD is once again being produced by Kevin Churko, who previously worked with HELLYEAH on 2014's "Blood For Blood" album. 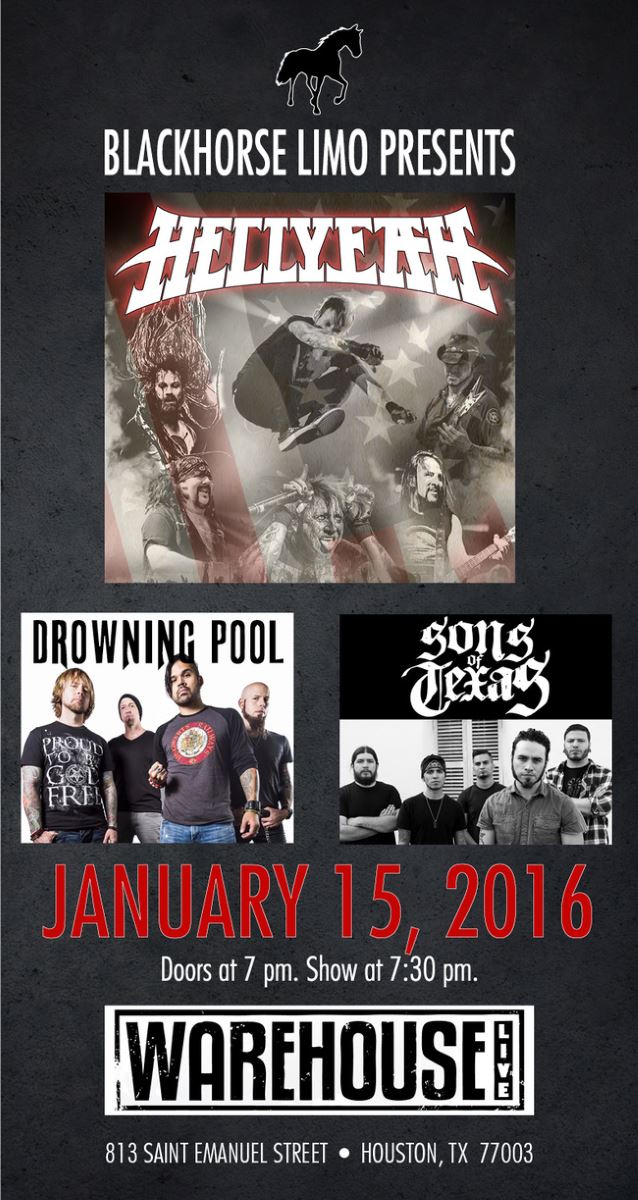