According to The Pulse Of Radio, a 23-year-old tour bus owned by HELLYEAH and ex-PANTERA drummer Vinnie Paul Abbott is now on sale at eBay for $45,000. The listing says that the 1995 bus was purchased by Abbott from country star Tim McGraw and contains 11 bunks, a/c and heat throughout, a full-size refrigerator, restroom, kitchen with plenty of cabinets and counter space, a TV, cooler and several couches.

Lower offers are also being accepted, but full payment — by money order, cashiers check or cash — is due within seven days of the end of the auction on January 14 at 11:24 p.m. CT. The buyer will have to pick up the tour bus in person in Carrollton, Texas, or arrange for it to be shipped to another location.

The same bus was apparently being offered for sale for $80,000 last August as a package deal with another bus owned by Vinnie Paul, but that offer appears to no longer be available.

HELLYEAH entered The Hideout recording studio in Las Vegas in early November to begin recording its sixth album and the follow-up to 2016's "Unden!able".

In a 2014 interview, Vinnie Paul talked about why he chose to branch off and do other things besides play in a band. He said: "I've always been a down-to-earth business guy. That was the beautiful thing about me and my brother [late PANTERA guitarist 'Dimebag' Darrell Abbott] as we worked together, is that I could be the business guy, and he could be the party-all-night-rock-and-roll-all-day guy, and he would be the life of the party and I would be able to make sure we were all getting paid and things were getting done right." He added: "I like being able to own things, to not have to depend on music to support myself. Music hadn't supported me since 2000. I mean, it really hasn't. I just do it because I love doing it." 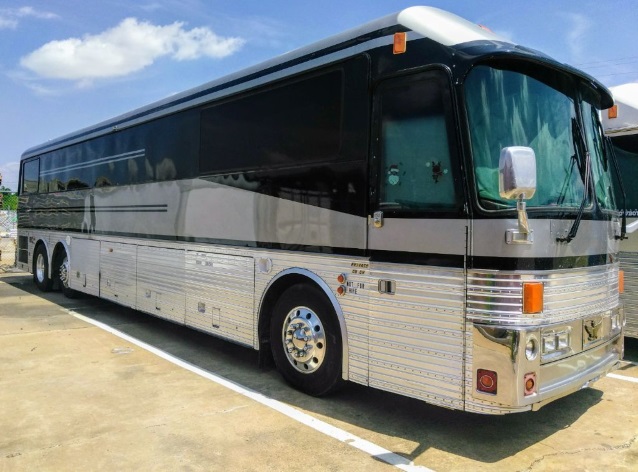