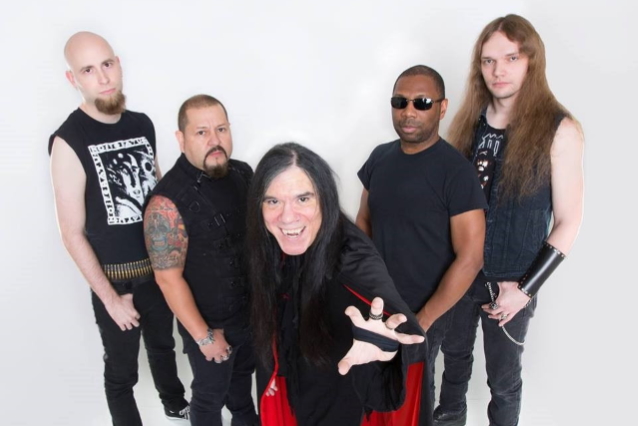 HELSTAR Signs With MASSACRE RECORDS; New Album Due This Year

Texas power metallers HELSTAR have signed with Massacre Records. The band is working on new material and plans to release a new album later this year.

HELSTAR's latest LP, "Vampiro", was released in August 2016 via EMP Label Group. The effort was said to be a continuation of HELSTAR's classic 1989 Metal Blade release "Nosferatu".

An influential force in the American power metal movement, HELSTAR was formed in Houston in 1982 by guitarist Larry Barragan, who quickly assembled the band's original lineup, including singer James Rivera. HELSTAR released its debut LP, "Burning Star", in 1984 via Combat Records, and followed it up with a string of seminal releases, including "Nosferatu", before a '90s hiatus. The band became active again with Barragan and Rivera in 2006.