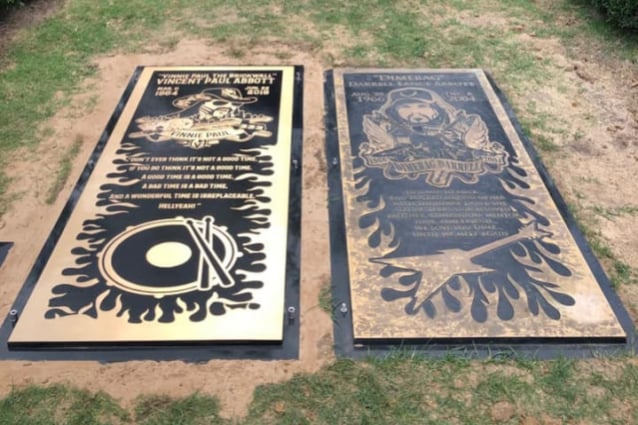 The first video of Vinnie Paul Abbott's grave marker next to that of his brother, PANTERA guitarist "Dimebag" Darrell Abbott, can be seen below (courtesy of Tom Bachonski).

The PANTERA and HELLYEAH drummer was buried on June 30, 2018 next to Dimebag and their mother, Carolyn, at Moore Memorial Gardens cemetery in Arlington, Texas. He was laid to rest in a custom "Kiss Kasket" provided by KISS members Gene Simmons and Paul Stanley. The casket was offered as a gift at Vinnie's family's request. Vinnie was also buried in some of his trademark clothes, including his hat, shoes and flannel.