Here Is The First Taste Of QUEENSRŸCHE's 'The Verdict' Album

Several audio snippets of the upcoming QUEENSRŸCHE album, "The Verdict", can be heard in the trailer for the band's North American tour with FATES WARNING. Due on March 1, 2019 via Century Media Records, the disc was produced, mixed, and mastered by Chris "Zeuss" Harris (ROB ZOMBIE, ICED EARTH, HATEBREED) at Uberbeatz in Lynwood, Washington; Planet-Z in Wilbraham, Massachusetts; and Watershed Studio in Seattle, Washington.

"I'm extremely proud of what we were able to accomplish on this record," states QUEENSRŸCHE vocalist Todd La Torre. "The relentless dedication and hard work of everyone involved has been very rewarding. I am excited and looking forward to it no longer just belonging to us, but belonging to the world. We hope you all enjoy listening to it as much as we enjoyed making it!"

For the past 18 months, drummer Scott Rockenfield has been taking time off from QUEENSRŸCHE's touring activities to spend time with his young son, who was born in early 2017. Filling in for him is former KAMELOT drummer Casey Grillo. However, QUEENSRŸCHE has not yet indicated if Rockenfield was involved with the making of "The Verdict", although it did confirm that Grillo did not play on the record. 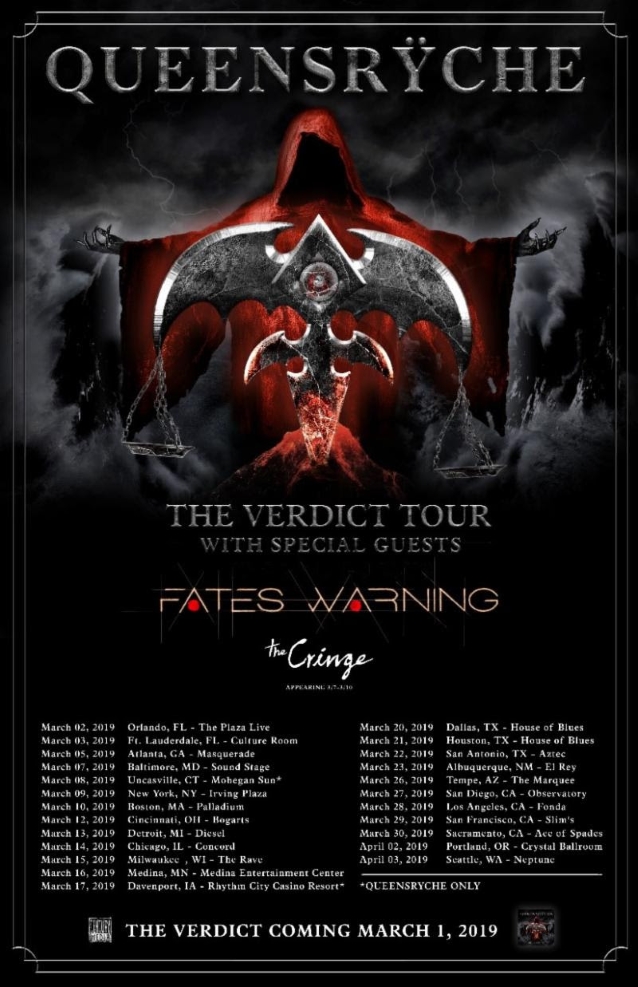