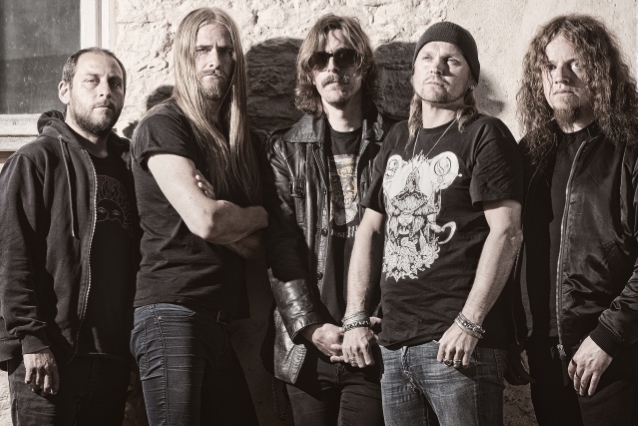 Swedish masters of progressive heavy rock OPETH will release their 13th album, "In Cauda Venenum", in the fall via Moderbolaget / Nuclear Blast Entertainment.

Recorded last year at Stockholm's Park Studios, "In Cauda Venenum" will be released in two versions, in both Swedish and English languages. Various physical and digital formats will be available and additional details will be announced in the coming months.

A new OPETH tour trailer has just been released, including a snippet of the song "Hjärtat Vet Vad Handen Gör". Check it out below.

In anticipation for the impending release, OPETH will perform shows around the world through the end of the year. Additional touring will be announced soon.