"Luminiferous", the new album from California heavy rockers HIGH ON FIRE, is available for streaming in its entirety at NPR.org. Due on June 16 via eOne Music, the CD was recorded at Salem, Massachusetts' GodCity Studios with producer Kurt Ballou. It is the follow-up to the group's 2012 release, "De Vermis Mysteriis", an album hailed as "not for the faint of heart " by The New Yorker and "a fantastically constructed bloodbath" by Entertainment Weekly.

HIGH ON FIRE will embark on the North American "Luminiferous" tour in late July, with support from PALLBEARER, LUCIFER and VENOMOUS MAXIMUS. Dates can be found on the poster below. 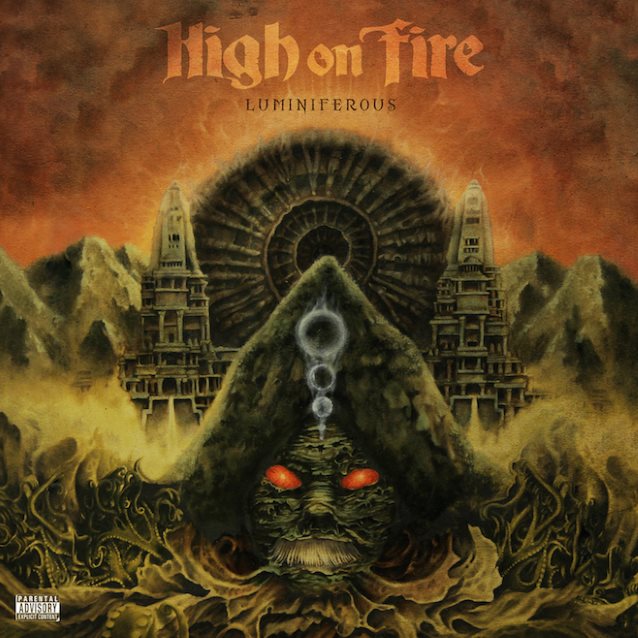 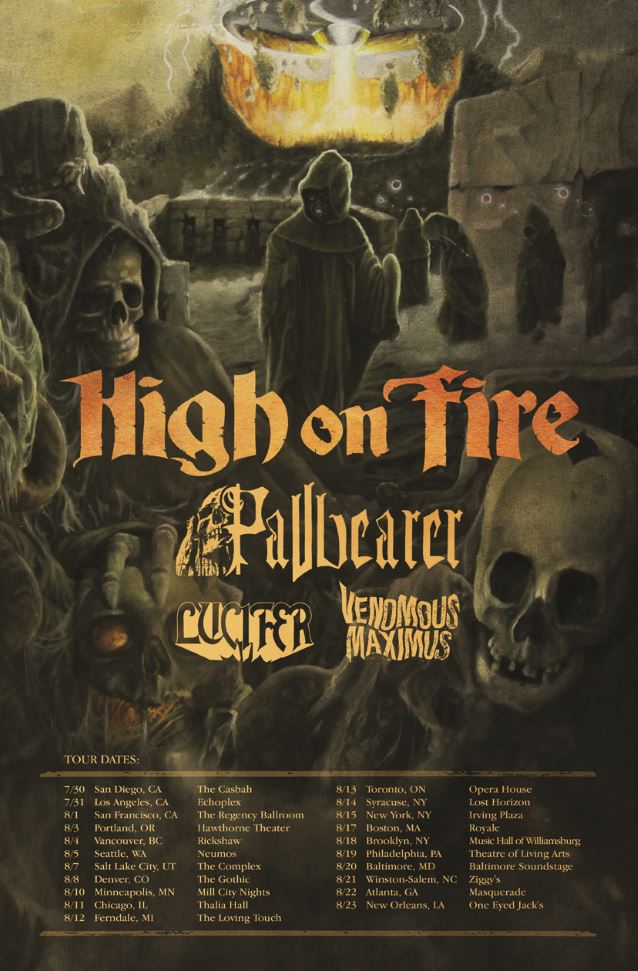