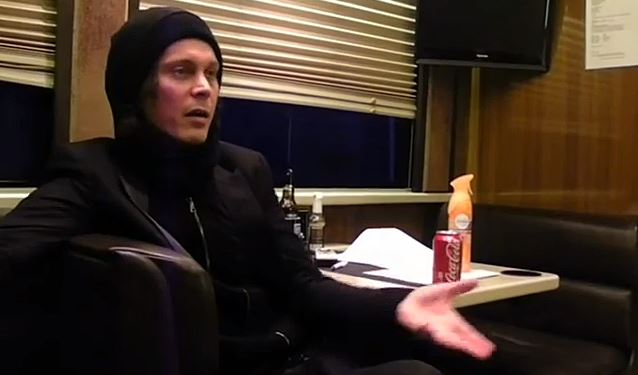 Jersey Beat magazine conducted an interview with singer Ville Valo of Finnish "love" metallers HIM on September 28 at Williamsburg Park in Brooklyn, New York during the "Rock Allegiance" tour. You can now watch the chat below.