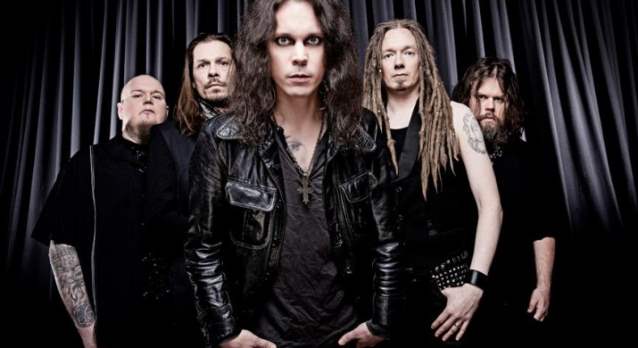 "Into The Night", the new video from Finnish "love" metallers HIM, can be seen below. The clip was directed by Stefan Lindfors, who also directed the band's classic, award-winning video "Funeral Of Hearts" and the recent "Tears On Tape" clip.

"Into The Night" comes off HIM's latest album, "Tears On Tape", which sold 20,000 copies in the United States in its first week of release to debut at position No. 15 on The Billboard 200 chart.