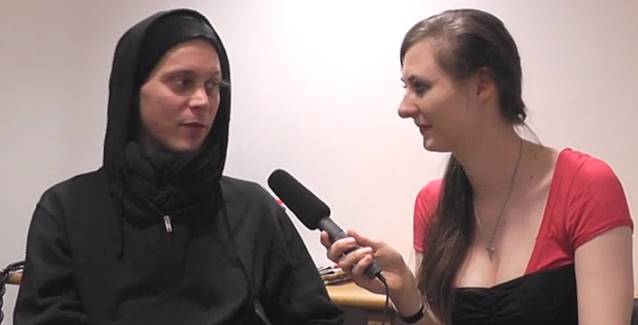 Music Interview Corner conducted an interview with vocalist Ville Valo of Finnish "love" metallers HIM before the band's October 18 concert in Cologne, Germany. You can now watch the chat below (in Finnish, with English subtitles).