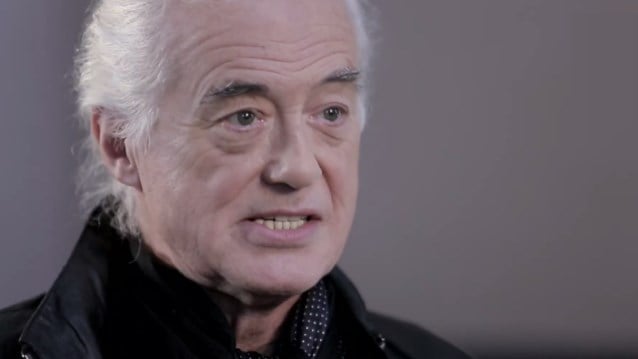 Historic Manor Once Belonging To JIMMY PAGE Destroyed By Fire

According to The Pulse Of Radio, a historic manor in the Scottish Highlands once owned by Jimmy Page and occultist Aleister Crowley has been destroyed by a fire.

Page bought the home near Loch Ness in 1970. At the time, the LED ZEPPELIN guitarist wanted to use it as a songwriting base. Part of the concert film from 1976, "The Song Remains the Same", was filmed behind the manor. It was sold in 1992.

The Satanist, magician and mystic Crowley, who fascinated Page, also owned the house previously. The cause of the fire was unknown, but no one was inside at the time of the fire.

Meanwhile, Page is getting closer to hitting the studio for his long-awaited solo studio album. Page, whose been tied up over the past few years curating and revamping the entire LED ZEPPELIN catalogue, told Classic Rock magazine: "It’s taken a long time to get to this point, but I want to do it properly. And there will be surprises — that's what I've done all the way through my career, really."

There's been no release date announced for the upcoming Page album, which will be his first true solo set since "Outrider", which was released on June 19, 1988 and peaked at No. 26 on the Billboard 200 album chart.