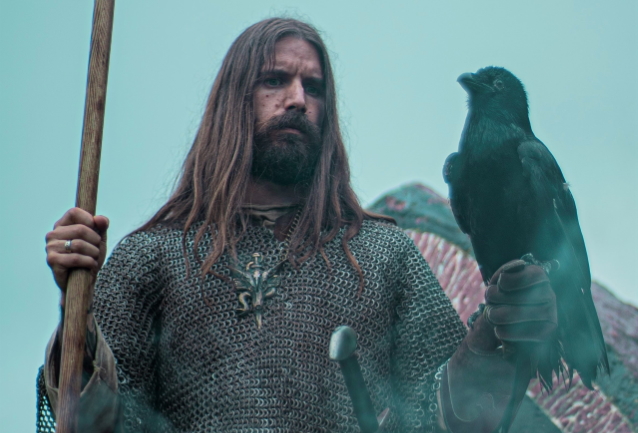 HJELVIK, the solo project of former KVELERTAK frontman Erlend Hjelvik, will release its debut album, "Welcome To Hel", on November 20 via Nuclear Blast Records. The official music video for the disc's first single, "North Tsar", can be seen below.

Hjelvik comments: "It feels great to finally give people the first taste of what's to come with this awesome video for 'North Tsar' that the talented guys at Grupa13 created for me."

Regarding the making of the video, he said: "It was a cool experience. The day corona restrictions lifted, I took the first flight from Norway to Poland and we shot the whole video in one day in a Viking village called Jomsborg. Grupa13 did an excellent job with their team, including well-trained Viking re-enactors, an amazing SFX crew and even brought in wolves and a huge raven. It was an intense and efficient shoot. It felt crazy to be standing in the middle of a Viking battle while performing my song, especially since the village was open to tourists who appeared midway through to stand there, gawk and take selfies… making the experience slightly more bizarre! Nonetheless, I had a great time and I'm extremely pleased with the result!"

"Welcome To Hel", based on Norse mythology and history, includes all the trappings of a lucrative Viking pillage. The album was recorded and mixed at The Hallowed Halls in Portland, Oregon by Justin Phelps (JOE SATRIANI, POISON IDEA, SLOUGH FEG) and finalized by Grammy Award-winning mastering engineer Alan Douches (MASTODON, CONVERGE, BARONESS). Special guest appearances by Matt Pike (SLEEP, HIGH ON FIRE) and Mike Scalzi (SLOUGH FEG) are also included. The legendary Joe Petagno, who created the "Welcome To Hel" album artwork and HJELVIK logo, was responsible for creating the timeless iconic images we all know from bands like MOTÖRHEAD, LED ZEPPELIN and NAZARETH.

Hjelvik describes his music as "blackened Viking heavy metal" with lyrics based on Norse mythology and history.

In announcing his departure, Erlend said in a statement: "The experience of building a successful band has been fun and rewarding but has also been equally intense and challenging. Over the years, this has taken its toll. As we've been developing personally and professionally, our individual goals, needs and motivations have changed, leading us in different directions. Though it is a heavy decision to leave a life I've been living and breathing for the last decade, I feel happy and excited to explore new possibilities for the future." 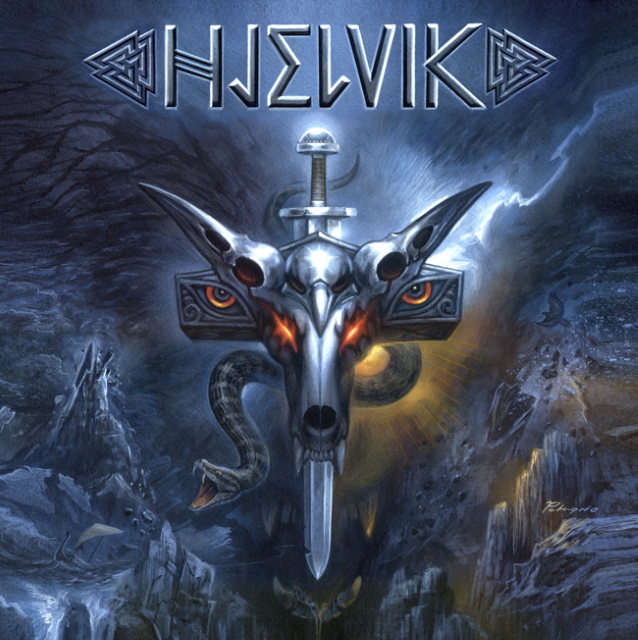