"Nothing", the new video from the Gothenburg, Sweden-based metal/rock band HOSTILE CELL, can be viewed below. The clip was directed by Magnus Petersson of PGF Motion in Borås, Sweden.

HOSTILE CELL recently parted ways with bassist Per Romvall "for personal reasons." The group is now looking for a permanent replacement. If you are interested and you live in the Gothenburg area, contact the band at [email protected]

HOSTILE CELL released its self-titled debut album on October 1 via the band's own Coreshot Productions (with distribution from Plugged Records). The 10-track CD was mastered by Dragan Tanaskovich at Bohussound Recordings. 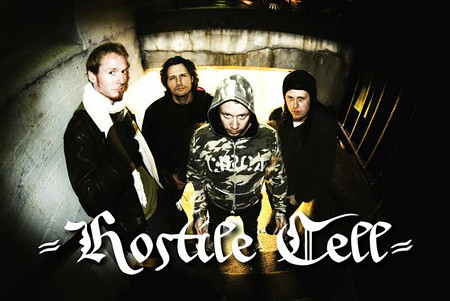