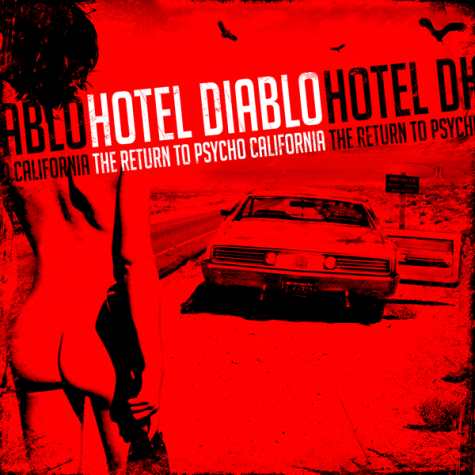 HOTEL DIABLO — the new band featuring vocalist Rick Stitch (LADYJACK, ex-ADLER'S APPETITE),guitarist Alex Grossi (QUIET RIOT),bassist Mike Duda and drummer Mike Dupke (both of W.A.S.P.) — has inked a worldwide deal with Scarlet Records for the physical release of its full-length debut, "The Return To Psycho, California". Entertainment One will distribute the CD in the U.S.

"We are very excited to be working with Scarlet Records," says Grossi. "In the past couple of years, they have really grown to become a major force in the European rock and metal market, and coupled with the muscle of Entertainment One here in the U.S., we feel that 'The Return To Psycho, California' will reach the audience it was meant to."

"The Return To Psycho, California" is also available digitally via iTunes, Amazon and other online music retailers.