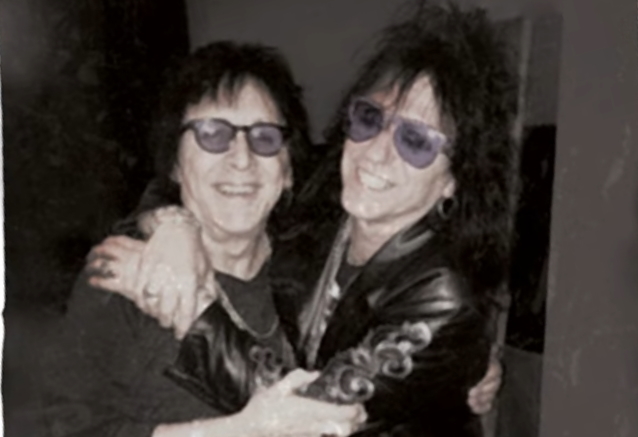 Original KISS drummer Peter Criss has come out of retirement to lay down his drums on "The Catman & The Emperor", the new single from his former bandmate Richie Scarlet. The track, which also features former FREHLEY'S COMET bassist John Regan, was released on December 18 and can be streamed below.

Speaking to SiriusXM's "Trunk Nation With Eddie Trunk" about how Criss came to guest on "The Catman & The Emperor", Scarlet said: "I've been close to Peter for many, many, many years, and we've talked the talk about recording something many times, and it's now finally materialized.

"I'm very honored and grateful to have Peter Criss on the track. It's a song I wrote kind of about both of us. There are some KISS references in there — like '100,000 Years', and I mention 'Beth'. And there's a snippet of [Frehley's] '2 Young 2 Die', verse-wise.

"Peter and I are both half Italian and half Irish, right down the middle, and we both grew up in New York City — me originally in the Bronx and him in Brooklyn — so there's references to that on the bridge section of the song," he continued. "And John Regan, of course, did the bass.

"Peter originally was gonna play on another track, a different song I wrote, but then this particular song, I picked up a guitar, and it was just crazy how it just came out of me. The first thing that came out of me was, 'The Catman and The Emperor just left the building. One's off to Brooklyn, the other's just chilling.' And from there, it just kind of materialized very quickly."

Scarlet went on to say that Peter "played his ass off" on "The Catman & The Emperor". "He hadn't played drums that hard in years," Richie said. "He really slammed it. It was a beautiful thing to see that.

"I'm not sure if Peter's ever played drums on another record before, other than his own and KISS — I'm not sure," he continued. "But people haven't heard him play drums in a long, long time. He certainly slams on this song — he didn't hold back at all. And that's what I think his fans are gonna really appreciate, because people haven't really heard him play this heavy in a long time. If anything, it will certainly give his fans just a taste that he's still here, and he's still around — he's not going anywhere. I think it's a great track; it's a catchy tune, to me… It should give rock and roll people a vibe, and especially KISS people."

Criss, who turned 75 last Sunday (December 20),played what was being billed as his final U.S. concert in June 2017 at the Cutting Room in New York City. 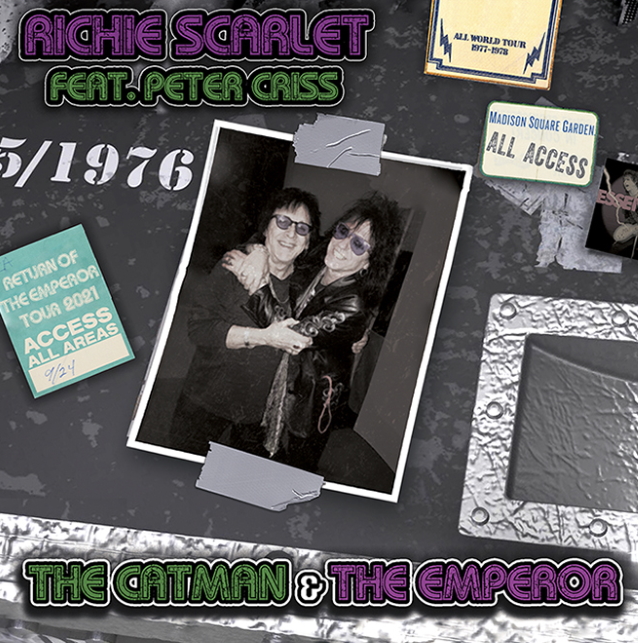