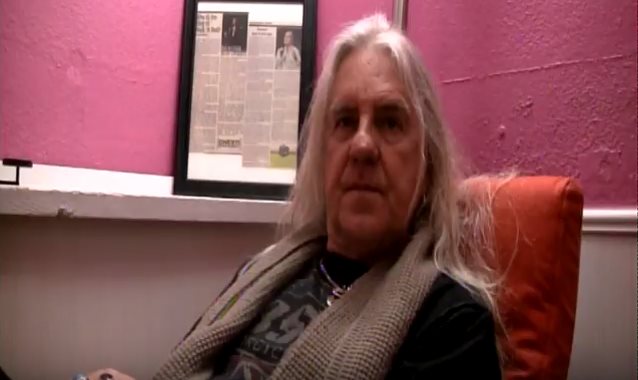 Mark Kadzielawa of 69 Faces Of Rock conducted an interview with vocalist Biff Byford of British heavy metal legends SAXON before the band's March 26 concert at the Arcada Theatre in St. Charles, Illinois. You can now watch the chat below.

Asked what the biggest challenge was for SAXON to overcome during its forty-year career, Biff said: "I think in the late '80s [and early '90s] when another movement arrived. A lot of people went to grunge, to the Seattle thing — you know, NIRVANA and PEARL JAM, which was fantastic. Kids just went really towards that, like they went to punk music in the 1970s. 'Cause it was a new, energetic style… And also [in the '80s], your MÖTLEY CRÜEs and your CINDERELLAs and your POISONs were all massive as well; they were sort of stealing a lot of the limelight, really, away from bands like ourselves and [IRON] MAIDEN and [JUDAS] PRIEST and MOTÖRHEAD. A lot of those bands, we sort of took second place to that. But, you know, you have to keep together and survive through the times."

SAXON recently revealed that the band's forthcoming follow-up to 2015's "Battering Ram" will include a song dedicated to MOTÖRHEAD. "[It's] called 'They Played Rock And Roll', 'cause that's what Lemmy [late MOTÖRHEAD frontman] used to say every night [from the stage]," Byford told Sonic Shocks. "It's basically about early MOTÖRHEAD — '79/'80 MOTÖRHEAD, like around 'No Sleep 'Til Hammersmith', 'cause that's the tour we were on, that one. So, yeah, it's about the band, really, and their music." 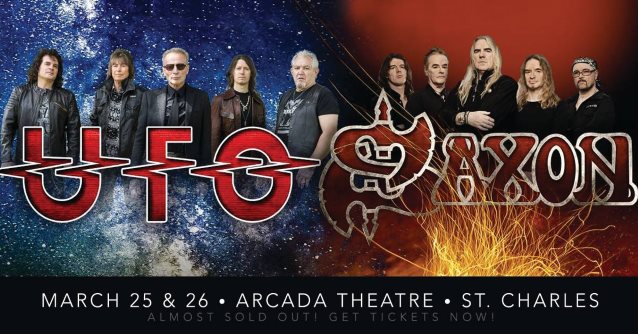