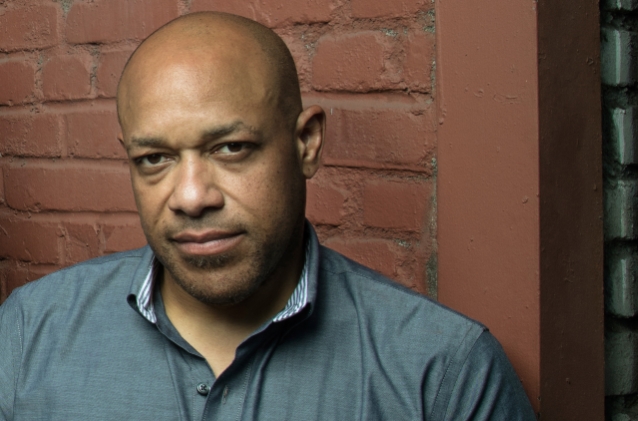 HOWARD JONES On Changing Name From DEVIL YOU KNOW To LIGHT THE TORCH: 'There Was No Other Choice'

"The Mike James Rock Show" conducted an interview with LIGHT THE TORCH frontman Howard Jones prior to the band's April 7 concert at SWX in Bristol, United Kingdom as the support act for IN FLAMES and NORMA JEAN. You can watch the entire chat below. A few excerpts follow (transcribed by BLABBERMOUTH.NET).

On whether the fact LIGHT THE TORCH self-funded its 2018 "Revival" debut changed its outlook on the record:

Howard: "I don't know if it changed the way [we felt], but it does seem to mean so much because there was no outside influence. It kind of harkens back to when you first start being in a band. You just write it because you have that fire and so much life happened to us that we were just itching. We didn't know what kind of deal was going to happen; we didn't know what label we're going to land on; we just didn't care. [Laughs] It was just time to write. We had to get it out. We were able to work it out. It's just everything worked out somehow. Very strange because this is not the usual story. [Laughs] Usually it's like everything falls apart, just like everything falls apart. But for us to be here, there's just a joy about it. It's, like, 'Wow, how did this happen? I don't know, but let's just roll with it.'"

On whether Jones was not enjoying himself while onstage in previous years:

Howard: "I enjoyed the performance part. It was just the remaining hours of the day, that was where I was struggling. It was more like I was doing things, but I was kind of directionless. I just had to figure out a balance. Honestly, the best thing for me was going away and not having a cell phone for three and a half years. I mean, it's a little drastic, but, for me, I guess I got to quote a very, very famous band named CINDERELLA, 'You don't know what you got until it's gone.' But, yeah, I had time to miss it. I had to just try and figure out what in the world is going on in my crazy head? That time away, it just helped me slowly rebuilding. Even with DEVIL YOU KNOW, I was still trying to figure out, 'What am I doing? What's my place?' Just as it progressed and everything that happened, life happened. And, I just tried to make the most of it. Luckily, I've had some really good people behind me and here we are."

On not having a cell phone:

Howard: "For me, it was just finding balance. My balance was just doing more outside of the band so that when I focus on this, I can give it real attention that it deserves. So then when I'm doing all this other stuff outside, I'm then prepared to do this, 'Okay, that was great. Now, I can do my regular full-time job.' Yeah, for me, it's just staying active, but taking the breather was huge."

On the transition from DEVIL YOU KNOW to LIGHT THE TORCH:

Howard: "I think that was kind of the strange thing, too — the whole rebranding. No one knew what to make of it. 'So much time was spent trying to build DEVIL YOU KNOW up and you're just going to leave it?' 'Yeah. Yeah, I am.' [Laughs] 'Yeah, we are.' There was no other choice and there was no other safety net, and for me, the name really didn't matter as long as the content was there. This was us. It was a couple of guys who wrote stuff with no one else in mind — just this is what we wanted to do. So we did."

On whether changing their name was a "brave" move:

Howard: "I didn't really think of it that way. It was more of just, like, 'Uh…' Now when I think about it, [it's, like] 'Okay.' People have said that; that was a gutsy thing. I just didn't see it as there was any choice. It was, 'I have to move forward.' And also, I will take the shot. I don't have anything to lose, because literally, once I decide to do something, I go all-in. For me, it's music and I'm not going to go back in a cubicle or anything like that. I am un-hirable. [Laughs] So it's like 'Figure it out, man. You've got to do something.' It was just a combination of right time, right place and right people behind the band. I mean, so I can't really point to one single thing. It was a lot of work. A lot of not sleeping and it was just worth it to be here to do this. We get to look at each other and go, 'Wow, can you believe this?' And it's genuine. I don't B.S. people. This is what it is. It's startling that we're doing this because there was so much time that elapsed where we were trying to keep the name DEVIL YOU KNOW, then lost it, then 'What do we do?' Then we make this album, then, 'Okay, we're going to do this but we're going to need some time to build this up.' Then we have to get new management and booking. It was this process and the album is now a year old. And, here we are in the middle of touring. Worth the wait. Absolutely worth it."

"Revival" was released in March 2018 via Nuclear Blast Entertainment.