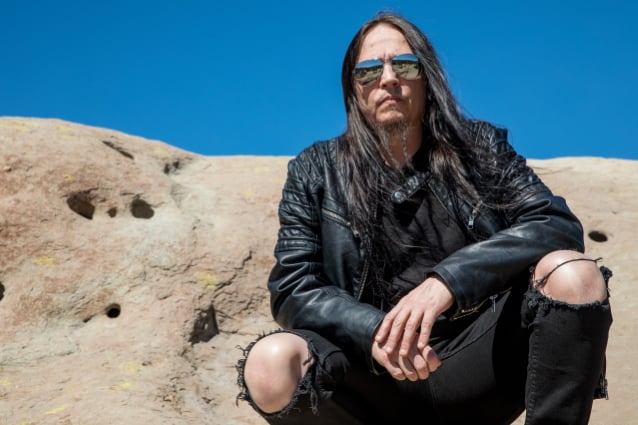 Swedish producer and multi-instrumentalist Peter Tägtgren (HYPOCRISY, PAIN) has spoken out against vaccine mandates, saying "when they try to force it on you, I become the opposite."

The 51-year-old Tägtgren, who lives in a small Swedish village called Pärlby, discussed his views on vaccines in a new interview with Tuonela Magazine. He said: "Unfortunately, I'm not a really optimistic guy when it comes to this COVID thing. I think there will be a couple of peaks again and [lockdowns] here and [lockdowns] there. Unfortunately, that's how it is. I don't know when it's ever gonna pan out. I don't know if it ever will pan out. But maybe we can be more immune to it so it's not so deadly — so it doesn't affect you so, so bad, if you get normal immunity to it.

"Everybody knows I'm really skeptical [about] the vaccine and stuff like that, especially when they try to force it on you," he continued. "Because if you start forcing [it on people], then I become the opposite. But the good part with me [is that] I'm not social. I live in the woods, so, for me, I'm not out there breathing on people. The only time I go out is when I go to my studio or if I go to the local grocery store where there's four people maximum every time I'm there shopping. So I'm not there to risk anything. And even people who do get the vaccine, they still spread the disease, so I don't see the difference, unfortunately."

"It scares me when they start going down in ages on kids [who are eligible for the vaccine] and pushing in things that they haven't really tried," he added. "And the only thing they're trying is to get it approved in a very hurry, and that scares me as well. But this is how it is right now, and this is how we're gonna have to take it. As long as I'm not out, I'm not gonna vaccinate myself. But I'm gonna have to because I'm gonna go on tour. So, yeah, that's the way it is nowadays. So I stay away from people until I go on tour… In my village, there's twenty people living, and our houses are very far from each other. So I see no problem not being vaccinated right now."

About 7 million people in Sweden, which has a population of 10 million, have had both COVID-19 shots, according to social affairs minister Lena Hallengren.

"Vaccine hesitancy" — refusing or delaying recommended vaccines — is identified by the World Health Organization as one of the top 10 global health threats.

For 100 years, vaccine mandates in schools have resulted in decreased childhood mortality and eradication of disease.