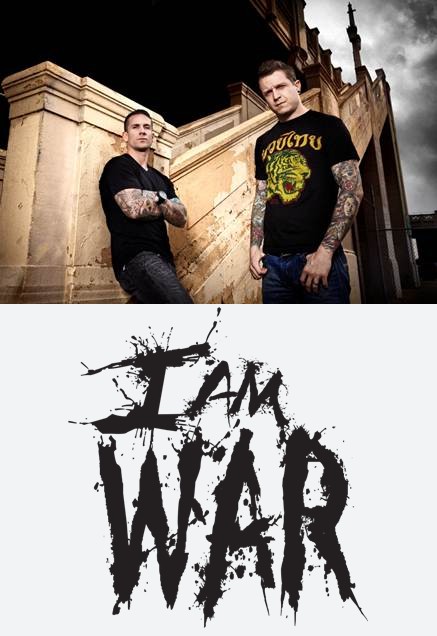 I AM WAR, the new Orange County, California-based act featuring Alex Varkatzas (vocals; ATREYU) and Brandan Schieppati (guitar, vocals; BLEEDING THROUGH),will release a limited-edition seven-inch vinyl single featuring the songs "Bat Out Of Hell" (off their forthcoming album) and "Call Me Slugger" (vinyl exclusive). A limited number of the vinyl has been pressed in both white and hot pink, with 225 only available of each color.

I AM WAR's debut album, "Outlive You All", will be released on August 28 via Razor & Tie. The CD was produced by Mick Kenney (ANAAL NATHRAKH).