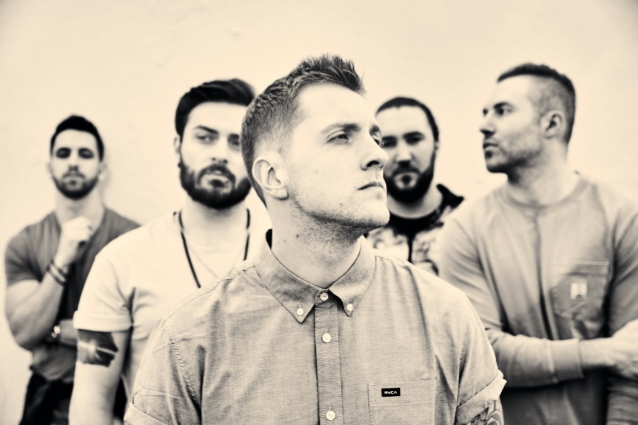 I PREVAIL Shares Emotional Video For 'Every Time You Leave'

Rock powerhouse I PREVAIL has shared the impactful and topical video for its new single "Every Time You Leave", which is currently ascending the rock radio charts.

"Every Time You Leave" is I PREVAIL unlike you've ever heard them. The track demonstrates the band's songwriting prowess and shows a more contemplative side of their musical style. The video takes a close, hard and unsettling look at the difficulties and traumas faced by the people and the families who are on the frontlines of both sides of war.

Previously, I PREVAIL shared an intimate performance video of the song, which was recorded during quarantine. The song and video feature Juno-nominated Canadian vocalist Delaney Jane, showcasing the rich element of male-female vocal interplay that highlights the rawness of the heartfelt lyrics. Watch the stripped down and quietly powerful performance here.

I PREVAIL continues to grow at an exponential pace. The band has generated nearly 500 million streams on last year's sophomore blockbuster "Trauma". The group also received nominations for two Grammy Awards in 2020 — in the categories of "Best Rock Album" for "Trauma" and for "Best Metal Performance" for the single "Bow Down". The band's accomplishments have been lauded by mainstream media, including Variety, NPR, Psychology Today and SPIN.