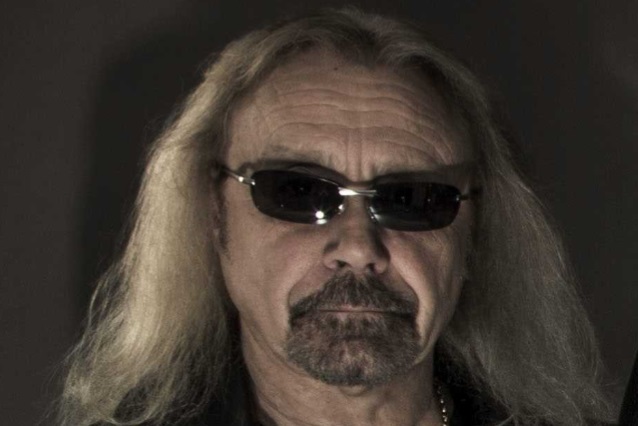 JUDAS PRIEST bassist Ian Hill says that he found it surprising to hear that Kenneth "K.K." Downing was "shocked" that he wasn't asked to rejoin the band following Glenn Tipton's decision to retire from the road due to his battle with Parkinson's disease.

Tipton, who is now 70 and has performed on every PRIEST album since the group's 1974's debut set, "Rocka Rolla", is not quitting the outfit, but simply cannot handle the rigorous challenges of performing live. Joining PRIEST for its upcoming dates will be the band's co-producer and HELL/ex-SABBAT guitarist Andy Sneap.

In a statement released last week, Downing said that was "shocked and stunned" that he "wasn't approached to step into [his] original role as guitarist for JUDAS PRIEST." He added that he now knows "more clearly than ever" that he did the right thing by leaving the band when he did because he believes that his contributions to PRIEST's legacy are "unappreciated by more than one member."

During a brand new interview with Metal Wani, Hill was asked for his thoughts on Downing's comments and whether PRIEST considered approaching K.K. to return to the band following Tipton's decision to step aside from the stage.

"Well, I don't know where Ken is coming from, to be honest," Ian replied (hear audio below). "He retired seven years ago and he made it clear at the time that he didn't wanna come back. So I'm surprised that he's saying that he was surprised that he wasn't asked. I think we all thought he probably would have been surprised if we had asked him. So I don't know. It's a bit like your quarterback retiring, you replace the guy, and then two or three years down the line, [when the new guy] gets injured, you're not gonna come back to the guy that just retired. You'll find somebody else. And it's pretty much the same thing."

PRIEST's new album, "Firepower", will be released on March 9 via Epic.