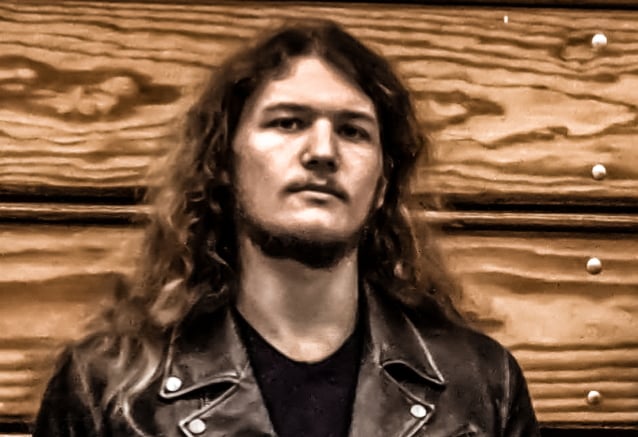 ICED EARTH Guitarist JAKE DREYER Distances Himself From Band, Says He Is Focusing Solely On WITHERFALL

ICED EARTH guitarist Jake Dreyer has distanced himself from the band, saying he is now focused solely on his other group WITHERFALL.

Just hours after ICED EARTH singer Stu Block and bassist Luke Appleton announced their departures from the band, TMZ reached out to Dreyer to get an update on his status with the group.

Jake, whose Instagram profile no longer lists him as ICED EARTH's lead guitarist, told the web site that he was hired to play with the band from 2016 to 2018 but now he's focused solely on playing with WITHERFALL. Jake said that he enjoyed his time with ICED EARTH, but "it's unfortunate how this tragedy unfolded," referring to the fact that ICED EARTH guitarist and leader Jon Schaffer was arrested for his role in last month's riot at the U.S. Capitol. The 52-year-old musician, who resides in in Edinburgh, Indiana, is facing six federal criminal charges after he was accused of spraying a police officer with a pepper-based bear repellant during the January 6 insurrection.

In his statement announcing his exit from ICED EARTH, the Canadian-born Block, who has fronted the band since 2011, said that his leaving the group was "the best decision in many ways for my personal/ professional growth going forward. Time to move on, heal and prosper."

The British-born Appleton, who joined ICED EARTH in 2012 and played on the "Plagues Of Babylon" and "Incorruptible" albums, issued a separate statement saying that he was leaving the band "in response to recent events & circumstances."

Schaffer waived his preliminary hearing as well as his rights to an identity hearing and production of a warrant in late January in the U.S. District Court for the Southern District of Indiana, court documents state. He will soon be transported by a United States marshal to Washington, D.C. where government lawyers and Schaffer's legal team have mutually agreed to handle all proceedings.

Last month, government lawyers asked the judge to not offer Schaffer a bond when he goes in front of U.S. magistrate.

While Schaffer has not yet said anything publicly about his involvement in the riot, his ICED EARTH bandmates previously put out a statement on Instagram and Facebook opposing the insurrection.