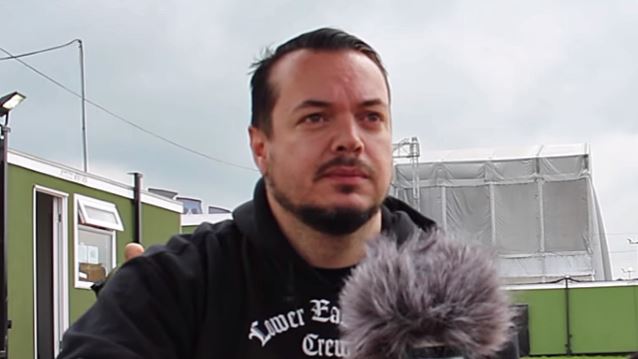 IGOR CAVALERA Looks Back On His Time In SEPULTURA With Pride

Shredload.com conducted an interview with former SEPULTURA and current CAVALERA CONSPIRACY drummer Igor Cavalera on May 3 in San Francisco, California. You can now listen to the chat using the SoundCloud widget below.

Speaking about how he looks back on his time in SEPULTURA during the ten years after his brother Max left the band, Igor said: "Yeah, I mean, it was cool. I was trying to continue something. And it got to the point that I felt that it wasn't really going the way I wanted. And that's the reason I left the band. But, I mean, we were the kind of people that, we really take pride on everything we did. We're not… I don't know… We don't hide anything from our past, like, 'Oh, no. That record, no, we don't play anything off that record, because it's this or that,' or the way we dressed. None of that stuff. So I'm really proud of pretty much everything I've done. It's something that I really look back… I think it's positive… everything."

Asked if he still keeps up with what SEPULTURA is doing musically even though he is no longer a member of the band, Igor said: "I have to say that it's hard to keep up with whatever I'm doing, so for me to stop and go after something that I don't really have any connection [to] anymore, it doesn't make sense. So I let them do what they do. And as far as me stopping part of my day that I could be researching music or listening or practicing to do that, I don't think it's… I wouldn't do it."