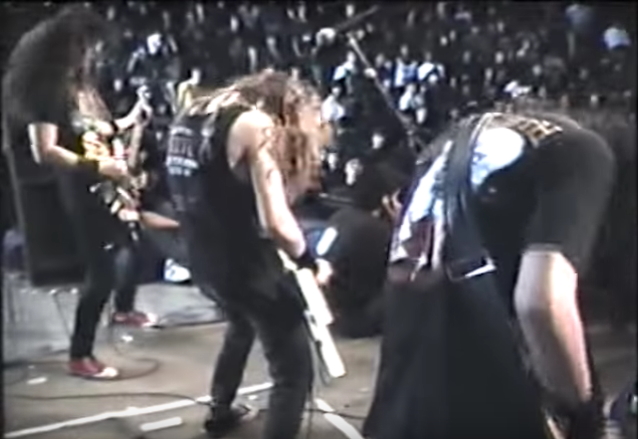 IGOR CAVALERA Looks Back On SEPULTURA's Legendary 1989 Concert In Mexico City: That Was 'One Of The Craziest Shows We Ever Played'

During an appearance on the latest episode of "The Jasta Show", hosted by Jamey Jasta (HATEBREED),former SEPULTURA drummer Igor Cavalera reflected on the band's legendary December 1989 concert at Arena López Mateos in Mexico City during the "Beneath The Remains" tour.

"That's one of the craziest shows we ever played, because there [were] a few things [that happened]," Igor said (see video below). "It was this little place where they had Lucha Libre, which is like the Mexican wrestling style. So it was a little arena — two thousand [people] max. The dressing rooms were shrines for the Mexican fighters, so it was super bizarre being in this thing.

"Another fun fact about this show was that when we were getting ready to start, the promoter comes in and he was, like, 'Guys, the opening band just blew up the P.A.'," he continued. 'And we were, like, 'What?' [He] was, like, 'Yeah, yeah. It's gone.' And we were, like, 'Oh, shit. What should we do now?' I mean, we flew all the way to Mexico. So, we were, like, 'Man, we have to play.' And I remember, all that's happening is with the sound from the stage — there's no P.A. So there's no P.A. at that concert. I think it was either a guitar or a bass cab that Max [Cavalera, then-SEPULTURA guitarist/vocalist] plugged in his microphone, but at one point, kids were singing way louder than Max. We were listening to the kids singing, but not listening what Max was saying.

"And the crazy thing also, I can see in that video, it's the era where some people would still go to the show and just headbang," Igor added. "I remember watching MOTÖRHEAD, like 'Iron Fist', where the front row was just these guys headbanging. And you can see in that gig also, there's a massive pit that's people going crazy, the front, it's all the old-school headbangers, just listening, singing the lyrics and just headbanging. And they don't care. These people were jumping, or they don't wanna go on stage; they just wanna be there receiving that sonic thing."

Last year, Igor teamed up with Wayne Adams (BIG LAD, DEATH PEDALS, JOHNNY BROKE) to form the PETBRICK project. The band's debut album, "I", was released in October 2019 via Closed Casket Activities in the U.S. 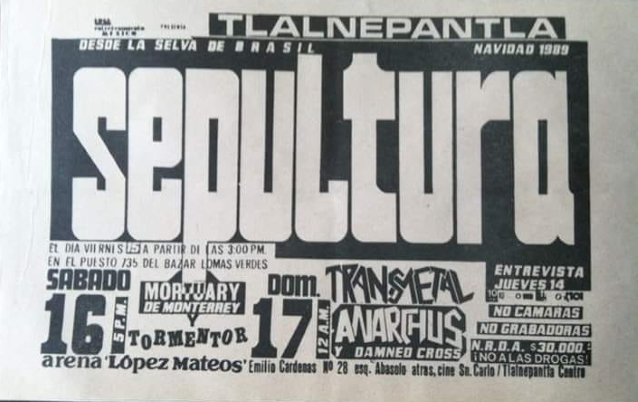