"Forgive Me Father", the new video from New Jersey/New York's ILL NIÑO, can be seen below. The clip was filmed on September 5 in Chicago, Illinois.

"Forgive Me Father" comes off ILL NIÑO's latest album, "Epidemia", which was released on October 22, 2012 via Victory Records. 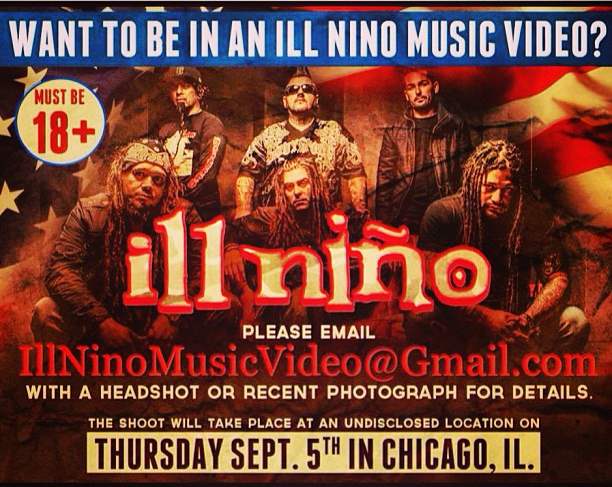