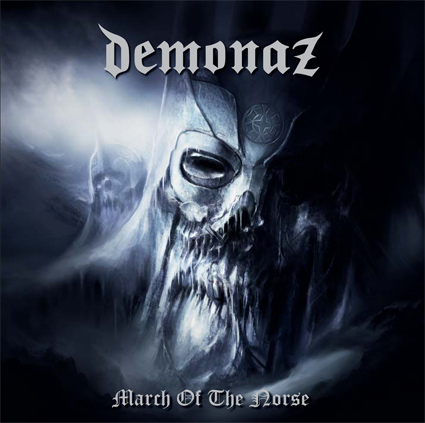 IMMORTAL's DEMONAZ: 'We Already Have Three Songs For The Next Album'

Justin M. Norton of About.com recently conducted an interview with Demonaz of Norwegian black metallers IMMORTAL. A couple of excerpts from the chat follow below.

About.com: "All Shall Fall" kickstarted IMMORTAL's career after a seven-year break. Is the band planning on yet another long break or will a new Immortal album come along quicker this time?

Demonaz: We already have three songs for the next album. We'll be working on the album this year. And we have material for a lot of other songs, so maybe in August we'll be finished with half the album. But we haven't come so far that I can see the end of the album. I think we'll try to work with the songs and make them classic IMMORTAL songs. The next album will be different than "All Shall Fall". I think the songs will come off as one package. Every album is different for us, but we won't try too many new things. We'll stick to the plan and make the music we like. Don't expect something revolutionary. (laughs)

About.com: IMMORTAL is one of the bands in the black metal scene that has stuck with fans despite all the long years. To what to you attribute your longevity?

Demonaz: Work. When I sit down and make arrangements and we have ideas for songs, we are in our world. We don't care how much music sells. The same with concerts. We don't do too much touring — we do the concerts we want to do. We don't want anything to be routine. We don't want to destroy things by touring too much or coming up with album just for it to sell.

About.com: What's the status of your side project DEMONAZ?

Demonaz: I'm working on the fifth song. We have to mix the album. It will be released right after the summer. Think BATHORY, VENOM and MANOWAR. You'll also hear some Immortal, I can't escape that. There's not blastbeats or technical drumming. It sounds very old school. I'm very satisfied with it. It's different than what people heard on MySpace, which is a very old demo from years ago.

About.com: Have you ever seen any of the YouTube video mash ups of some of the earlier IMMORTAL videos, including the one set to Benny Hill's theme music?

Demonaz: We didn't get to be there when (the original video) was edited and it made us look stupid. But I don't care, we laugh when we see it. I think it's funny. If you want to become a big band then you need to accept that kind of stuff. And I really like Benny Hill, he was a genius.

Read the entire interview from About.com.