Frontman Anders Fridén says about the tour: "Jesterheads, we're excited to be back in EU and the UK for the first time in over a year this April and May. Let's kick off 2020 head banging together!" 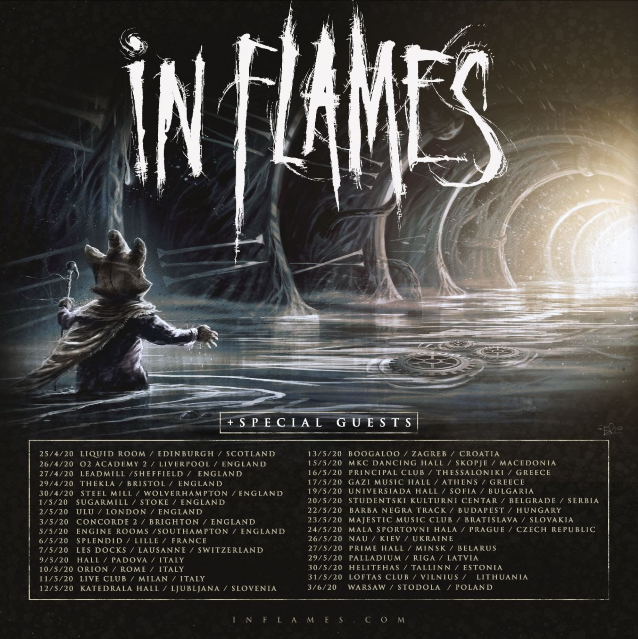