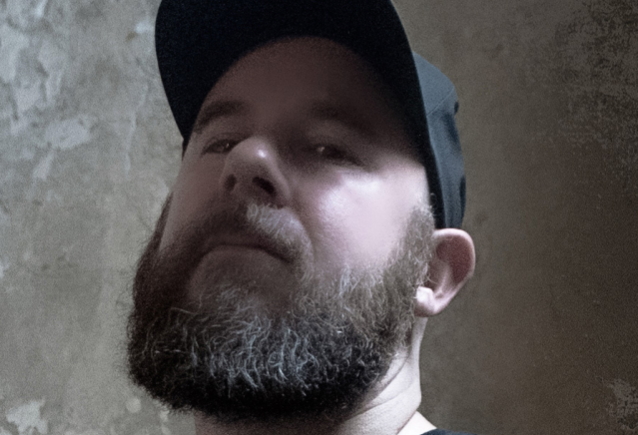 IN FLAMES Vocalist On Upcoming Album: 'It's A Combination Of The Past, Where We Are Today, And Where We're Going'

IN FLAMES vocalist Anders Fridén spoke to Chaoszine about the band's upcoming fourteenth studio album, tentatively due later in the year via Nuclear Blast Records. Asked how he and guitarist Björn Gelotte went about the songwriting process this time around, Anders said (as transcribed by BLABBERMOUTH.NET): "Me and Björn, we live on different sides of [Sweden] — he lives in Gothenburg; I live in Stockholm — and we only saw each other once or twice during the whole pandemic. But towards the end, when we kind of felt like it's gonna open up for real, we started talking and then we decided to take a trip to the U.S. and just get the machine rolling again — write some stuff; just get things out of our system. So we spent some time — like, three weeks — in L.A. And then we flew home and had Christmas and so on, and then we flew back again and started recording stuff for real. But as soon as we got together, a few weeks in the writing process, it felt like it always has."

Asked if the first single from the upcoming album, "State Of Slow Decay", which arrived last month, is representative of the musical direction of the entire LP, Anders said: "I definitely think this [song] is a hint of what is happening, but they are individual tracks. And it's not gonna be 15 or 14 or 14, or however many songs we release, but it's not gonna be the same 'State Of Slow Decay' part one, two, three, four… That's not how it's gonna be.

"If you like IN FLAMES, then this album is a hundred percent for you," he continued. "It's a combination of the past, where we are today, like present, and where we're going.

"We never try to run away [from the past]," Anders explained. "I think when you listen to the music, what we've done before, it always has these elements. If we recorded all the albums in the same studio with the same producer at the same time, I don't think people would see that it's super different between album to album… We don't wanna repeat ourselves, but I think [this album] has a little bit for everyone."