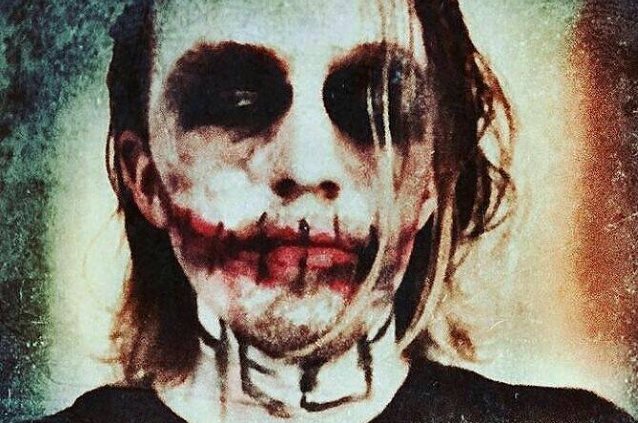 IN THIS MOMENT Recruits 3 BY DESIGN Drummer KENT DIIMMEL

IN THIS MOMENT has recruited drummer Kent Diimmel (3 BY DESIGN) to sit behind the kit for the band's current tour following the recent departure of Tom Hane.

Growing up in the Northwest corner of Washington state in the small town of Clallam Bay, Diimmel developed a passion for drums at a young age and instantly gravitated towards rock, singer-songwriter and country music. After shedding through the local music scene, it was soon clear that Kent needed to expand his horizon beyond the limits of his hometown.

Now rocking hard out of Hollywood, California, Diimmel is crashing his Sabian cymbals with his original project 3 BY DESIGN and playing percussion in the acoustic supergroup BLACKFALL.

Hane announced his departure from IN THIS MOMENT in March, explaining in a statement that he had "struggled to be truly happy creatively."

IN THIS MOMENT will be the special guest on this summer's ROB ZOMBIE and KORN co-headlining amphitheater tour, dubbed "Return Of The Dreads". The trek will kick off in July and will visit 25 North American cities, including Austin, Los Angeles, San Francisco, Toronto, Seattle, Las Vegas and more.