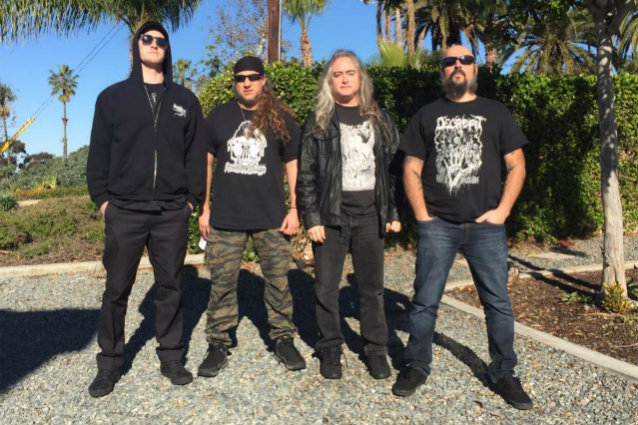 As expected, INCANTATION has taken steps to ensure that the musical malevolence contained within "Profane Nexus" is matched by its visual depravity. To achieve this, they've enlisted the talents of Israeli artistic maestro Eliran Kantor. The cover art, aptly titled "Draping The Tar Monster", was birthed following the ingestion of the album's lyrical themes, as Eliran recently revealed to And Justice For Art.

"Chuck Sherwood (bass) showed me the lyrics he wrote and went into details about the themes behind each song," he said. "There was one song dealing with the natural habits of locusts and one about a deity who's wearing flayed human skin. I imagined it having a monster-like body made of tar, with the locusts draping it with skin parts they pick from a pit full of human sacrifice."

Stay tuned in the coming days for full album details, which will also include the release of the album's first single, "Rites Of The Locust", presented in 360 degrees. In the meantime, a cryptic teaser for "Profane Nexus" can be viewed below.

In other news, INCANTATION has revealed its involvement in the forthcoming horror film "Death Metal". Drummer Kyle Severn — a rabid consumer of all things horror — has become heavily involved behind the cenes, working closely with the film's writer and director, Michael Kuciak.

Currently in production, the film follows fictional metal band ABYSSINISTER, who inadvertently write a song so evil that anybody who hears it falls under a deadly curse. Think "Evil Dead" in the "Green Room".

In preparation for INCANTATION's cameo in the film — a scene that sees the guys headlining a night of live death metal — the band is inviting all fans to the actual filming of the scene, set to take place Thursday, June 8 at the Agora Ballroom in Cleveland, Ohio. This is an actual night of live music, with each band on the bill getting a good amount of screen time. Other acts include BLACKFINGER, EMBALMER, SHED THE SKIN and FAITHXTRACTOR. 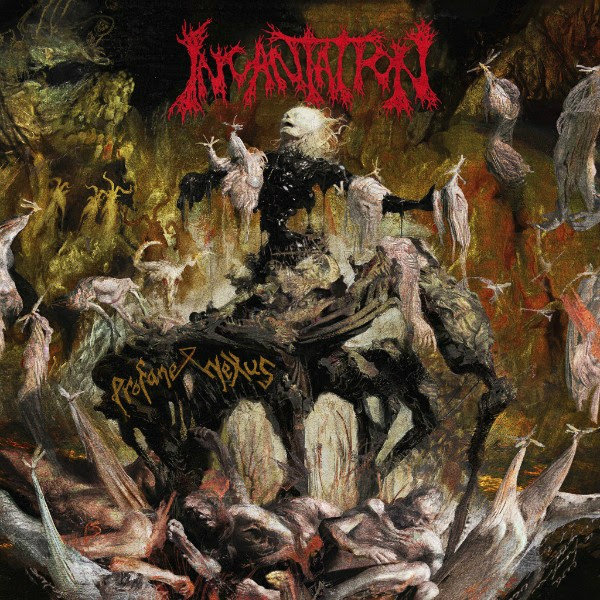