According to Tempo.co, Indonesian president Joko "Jokowi" Widodo canceled his plan to attend JUDAS PRIEST's December 7 concert in Jakarta because of an incident earlier this week when 20 people were shot dead by separatists in the country's Papua province.

Anas Syahrul Alimi, the CEO of concert promoter Rajawali Indonesia Communication, said during a press conference after the show: "[President Jokowi] planned to come, but he feels empathy for the condition in Papua. This [concert] is a hobby, so he relented to the condition as he is a president."

The promoter said the cancelation of Jokowi's visit had been communicated to JUDAS PRIEST, and they were understanding of the situation.

JUDAS PRIEST's concert at Ecopark Ancol in Jakarta marked the band's first-ever appearance in the country.

Widodo has professed love for heavy metal bands like METALLICA, MEGADETH, LAMB OF GOD and NAPALM DEATH in the past.

The 57-year-old Widodo, who served as governor of Jakarta before being elected president in 2014, attended METALLICA's August 2013 concert in the city — 25 years to the day after the release of the band's fourth album, "…And Justice For All", and more than 20 years after their tumultuous first show in Indonesia. 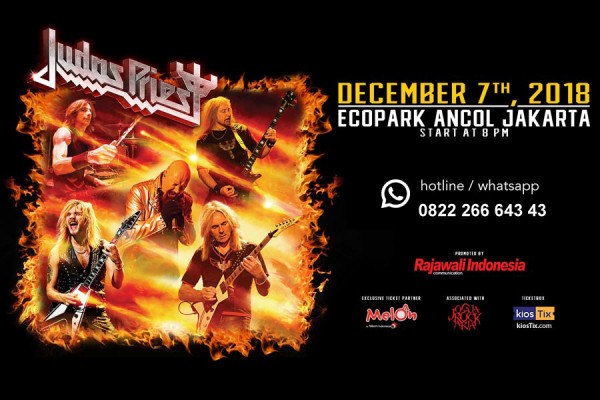